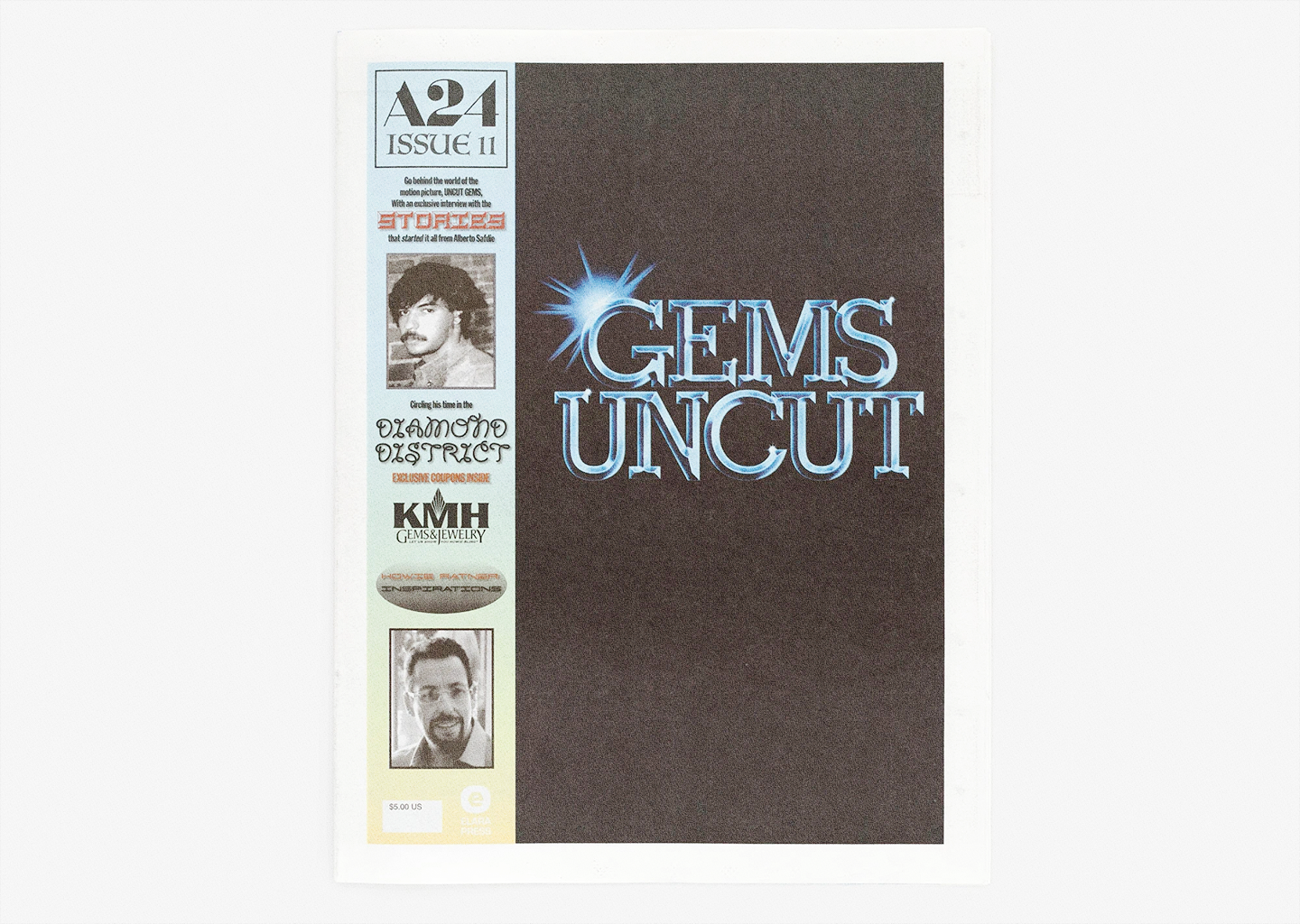 Anytime you see A24’s logo flicker on screen, you know that you’re about to watch something unique, something haunting yet beautiful, a story you didn’t know you’d been missing. Most recently, the film and TV studio has given home viewers Moonbase 8, Boys State, and On the Rocks (which made me want to buy a seersucker suit). Still, over the past few years, A24 has received nearly as much attention for its merch, for better and for worse.

Like many brands, they sell t-shirts, sweatshirts, and hats adorned with their logo, as well as mesh shorts and socks, not to mention past collaborations with Online Ceramics and Brain Dead. The horror-loving founders of Online Ceramics started DMing A24 as soon as they saw the trailer for Hereditary and were ready to drop bootleg merch for the movie, before finally connecting with the studio. Last year, Online Ceramics’ Elijah Funk told Complex, “There's definitely a similar thread in the way that A24 exists and Online Ceramics exists. I think that they put out movies that they want to put out, they believe what they want to do and they do it their way.”

For A24, this means selling merch as varied as their genre-bending releases. Right now, in their online store, you’ll find: a grooming set inspired by The Lighthouse, a line of candles whose scents match different movie genres, coffee table books celebrating some of A24’s most acclaimed films, a beach towel, an umbrella, and a tabletop roleplaying game inspired by the upcoming The Green Knight. Clearly, some of these items are for super fans only. The Uncut Gems basketball “commemorating Howard’s winning parlay bet on Game 7 of the 2012 Eastern Conference semifinals” only looks right in Pete Davidson’s basement.

The best piece of A24 merch is arguably their most underrated: zines.

Starting with 20th Century Women, in 2016, A24 began promoting their films with oversized newsprint zines, available for free at theatres and shops (until run out) or for five dollars online (plus shipping). Written and directed by Mike Mills, 20th Century Women feels like a narrative collage: a mother and son struggle to connect in Santa Barbara, 1979, surrounded by a constellation of friends, punk music, skateboarding, and politics. Mills even cuts historical photographs and video clips into the story.

The 20th Century Women zine, titled “1979,” includes some of the same black-and-white photos as the film, as well as on-set Polaroids, a mixtape tracklist handwritten by Mills, and images of art and furniture from 1979. It’s the personal touches that keep A24’s zines from feeling like empty marketing ploys; the covers rarely even mention the name of the movie or show they’re promoting.

The cover of “1979” features a wooden rabbit, carved by Mills’ mother, who inspired the film’s matriarch, played by Annette Bening. On making 20th Century Women, Mills told The Big Picture podcast, “I do kind of believe in magic in a way. Objects can hold a lot of history and meaning and connection. Annette’s wearing my mom’s jewelry. There’s little bits of my parents’ furniture all through the movie and paintings on the walls. Because this ensemble of objects, this universe of objects is all my parents’ stuff, their collection represents their thinking in a way.”

A24’s zines capture this tangible energy in a way that IMDb and digital moodboards cannot. My favorite movies make me want to learn more, and each zine bridges the gap between me and its creator. In the introduction to her zine for The Farewell, writer-director Lulu Wang reflects on immigrating to the U.S. in 1989. She’s now the same age as her mother when they left China, yet her life experience has been so different. Wang writes, “I ask myself if I feel whole in America. In a country built on the backs of immigrants, who get to claim wholeness? Who gets to have ownership over Americanness? I don’t have the answers. But I feel it’s incumbent on all of us to ask the questions.” Along with offering insight into her own story, Wang highlights the voices of others, in conversation with the themes of The Farewell. The zine, titled “First Gen,” features writing and art from a diverse group of creatives, including Hasan Minhaj, Michelle Zauner (Japanese Breakfast), Ziwe Fumudoh, and Ocean Vuong.

Many of A24’s recent zines have collected interviews with collaborators and personal heroes on a common theme. Still, each issue matches the tone of its creator. For Mid90s, Jonah Hill asked Michael Cera, Mark Gonzales, Kim Gordon, Q-Tip, and others about the images they carry of themselves from childhood. While promoting the film on The Ellen Show, Hill held up the zine, beaming, then read his introduction about his journey toward self-love.

The Safdie brothers’s Uncut Gems zine resembles a free newspaper, with blue and white illustrations, NBA box scores, and movie ads surrounding a longform interview with their father — “Runnin’ Around with Rope Chains: A conversation with Alberto Safdie about his days in the Diamond District.” Along with detailing his own adventures, he talks about how in real life, Howard—the namesake for Adam Sandler’s Uncut Gems character—stopped a robbery by shooting a man in the chest; another time, he dropped his towel to distract mobsters who’d broken into his house (he’d just gotten out of the shower). Reading these stories, which Alfred did not witness but has likely told many times, it’s clear that he also inspired the character of Howard. And the zine comes with a fold-out poster of Sandler, in all his costumed glory, split lip, leather jacket, diamond Star of David pinky ring!

Most recently, for Ramy season two, Ramy Youssef interviewed friends and colleagues about faith, the overlapping meaning and customs of different religions—like a bizarro version of the show, Youssef and co-star Mahershala Ali talk navigating selfie requests at the mosque. Try to imagine another studio releasing a zine to promote an award-winning dramedy largely about faith. Like most of A24’s best work, their zines are a reminder of the shifting media landscape, niche and global at the same time.

Not every A24 movie or series gets a zine, there have been 12 so far, though along with merch, the studio regularly releases podcasts and online content. (I recommend The Annotated Waves Playlist, even if you haven’t seen the movie.) Even though some of A24’s merch is ridiculous—I’m looking at you, Lighthouse shaving kit—they clearly love what they make. It’s why I follow their work so closely. Whether it’s a movie or a t-shirt, the beauty is in the details.