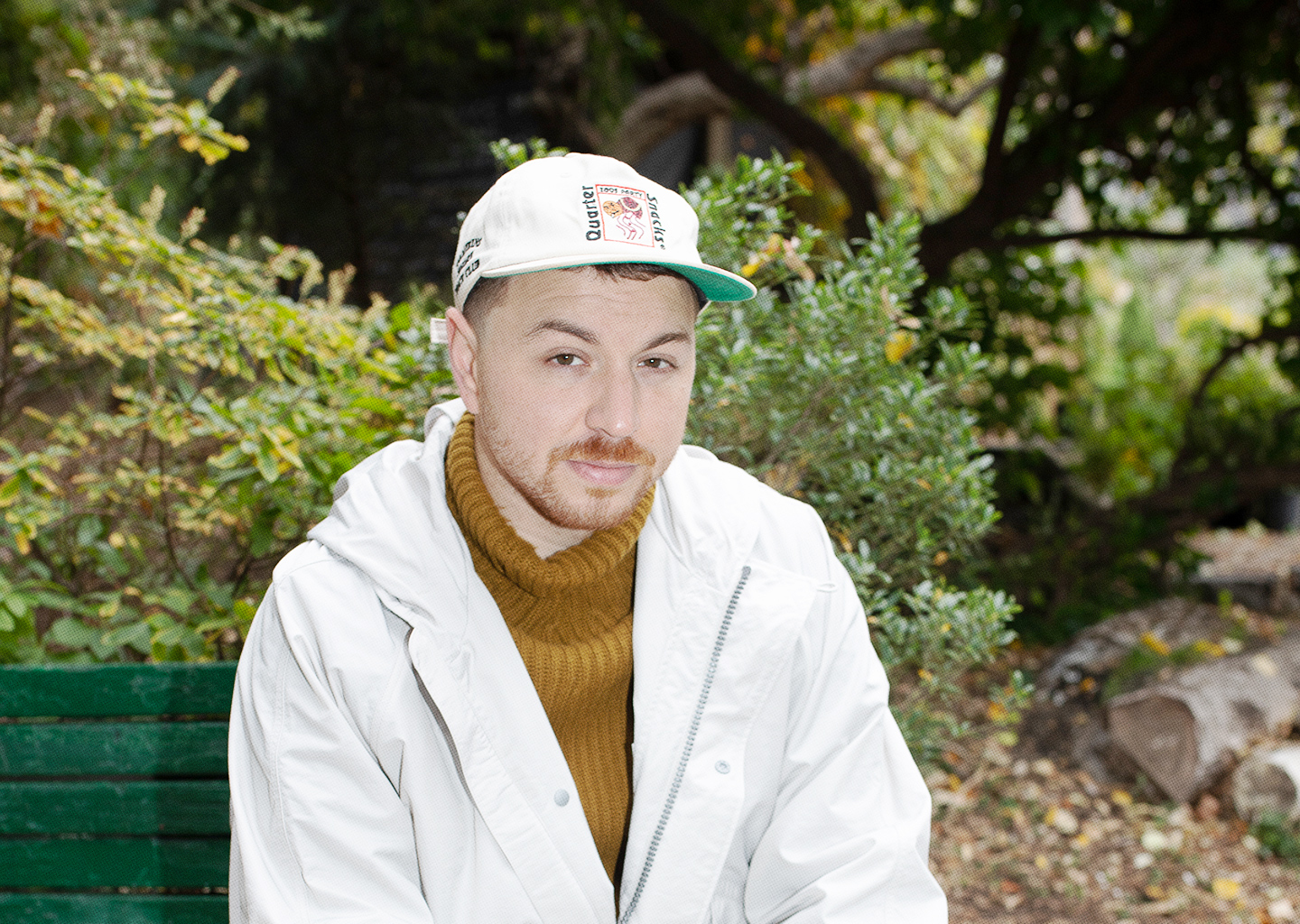 In a world of sensory overload, it’s no secret that past eras of culture have gained an attractive sheen despite their obsolescence — vinyl records, dutch oven recipes, whatever is going on in the #cottagecore corner of TikTok. These subcultures are also the most closely guarded, too often walled off by a type of gatekeeping that only threatens to deplete their relevance once over.

This paradigm exists across many of the personality pillars one might encounter while swiping through the social groups of downtown New York City: music, fashion, food, film. For Alex Delany, a food and beverage consultant with a music podcast to boot, it would be easy to lean into the sort of postmodern malaise that tickles the fancy of your average Pitchfork enjoyer. Ask him for a coffee recommendation, however, or run your hand across the right photo collection inside a quiet book store in Manhattan’s East Village and you’ll be greeted by an earnest smorgasbord of storytelling.

Be it an arduous cooking recipe, lost era of music or underappreciated fashion trend, a through line of Alex’s work exists within a cycle of showing, telling and listening about an individual's respective passions. On a recent fall morning, we caught up with Alex to learn more about his love for Americana clothing, western films and a modern take on CD-burnt music sharing.

What is your favorite Season?

My favorite season is fall, one hundred percent.

You’re excited to bring the outerwear back?

Is that because of dressing, the snow, the aesthetic?

Because of the dressing but also because I’m the sweatiest man alive.

What is a piece of clothing you think every guy should have in their wardrobe?

A pair of jeans that fit them really well.

Do you have a favorite piece of clothing in your closet right now?

I have a classic pair of Belgian loafers that I love and then, maybe two or three years ago, I found this unbelievable vintage Burberry jacket, this crazy long coat.

It's a true trench in cut but not in fabric. It's like a winter trench, made from a looser knitted wool. Tan and brown exterior, with a very cool check. Double breasted. Very '70s. I found it at 10 ft Single in Williamsburg. That’s been my go-to for the past two winters, it’s great to layer with, I’ll put on like four different layers and throw it on top.

Have you always been into Burberry?

Nope, it was just one of those things where I saw the coat and it was meant to be.

What are some brands that you gravitate towards?

For shirts I’m a big fan of western styles. I always have an LVC cowboy denim shirt in the rotation. LVC is always a brand I like, whether it’s jeans or tops or outerwear. I have a lot of Kapital in the rotation as well, more on the accessories side. A lot of their clothes don’t fit a 6’3” person that well but I love their scarves, they’re amazing. I always go back to Ralph too. I’m a big Americana guy.

For newer stuff I wear a lot of Our Legacy. I’ll get into the Acne Studios game a bit with outerwear. I like to support smaller brands too, some of my friends that have small brands that are doing cool shit. Paratodo, done by this guy Fran out of Philly, he’s awesome. He just did a cropped corduroy shirt jacket that's in the mail, I bought right now.

I also love Manresa out of New England, they make amazing fleeces and pants. Stoffa also makes the most beautiful clothing in the world. They’re a brand that I look at a lot even just for inspiration.

I do a lot of vintage picking so a lot of times I’ll end up with a bunch of shit that isn’t really because I like the brand, I just happen to like the piece.

When you go thrifting are you typically seeking out that Americana aesthetic?

Where does that southwest influence come from?

I am obsessed with western movies. I’m also obsessed with denim. I’m not someone who likes to spend a million bucks on a pair of jeans but I love wearing jeans. That inspiration definitely comes from watching a ton of Sergio Leone films growing up.

Do you have a favorite?

Of course! The Good, the Bad and the Ugly. That whole trilogy is amazing.

It’s hard to think of a good, recent western movie. It feels like a dying art.

There aren’t that many, there hasn’t been a truly great western in some time. It didn’t take place in the west but I would say maybe Django Unchained.

Of course. What else besides western style influences your sense of fashion?

Music, definitely. I think when it comes to music, it’s not necessarily one thing. I like to listen to a ton of different music and I think the way I dress reflects that. Right now I listen to a ton of disco, a ton of soul, a ton of jazz and a ton of old country western, which growing up I hated but now I’m like “this is my shit”, right into my veins.

It’s funny how that changes, things you remember from childhood.

Those all denim looks!

Oh yeah, young Bruce for sure. And then going back to like 70s rock and roll too there’s a ton of inspiration, sonically and visually.

Is that your favorite era of music if you had to pick one?

I think early 70s, late 60s is a really hard time to beat, musically. There was just so much disco unconsciously being birthed. It was the height of American soul. Funk was really getting going, you’ve got the end of the classic British rock invasion, so you have all these things happening while there are still amazing jazz artists from the 50s and 60s. I don’t think you can really beat the early 70s, late 60s.

Tell me about Sound Radio.

Sound Radio is basically a show that I didn’t really plan on creating but ended up being the organic point of me loving to share music and having music shared with me. The whole point of the show is really just for my guests to share music they love and that came from when I was growing up and I was in high school the way you got new music — the algorithm was not there — it was just your friend burning you a CD like “these songs are fucking fire, play them, see if you like them” and then you coming back and being like “no, no, no you don’t know what you’re talking about!”. That kind of sharing, true word of mouth, true friend to friend music, that was kind of the inspiration of the show.

There was something about writing in Sharpie on a blank CD. It felt so important.

What’s a live show that’s still on your bucket list to see?

Something inside me knows The White Stripes will do a reunion tour and I would love to see that just based on my middle school love of the Stripes.

You also work in food. What’s a recipe you think everyone should know how to make?

You should be able to roast a chicken.

What’s a cocktail you think everyone should know how to make?

That can get personal, depending on what you like. I would say it’s more about knowing how to make one cocktail really well. So whatever cocktail you really like, you should be able if someone is coming over and is like “what are we doing?” you should be able to make your cocktail and it’s fucking great.

For me, a Negroni or a martini.

Do you have any philosophies when it comes to eating and drinking?

Immerse yourself in what you love, without cutting yourself off from experiences that can help you grow and expand your knowledge and taste. Riding that line is the best way to really serve your pleasures, yourself, and others. And that's as true for food as it is with just about anything else, in my opinion.