An Introduction to Takeshi Kitano, Japan's Most Iconic Independent Filmmaker 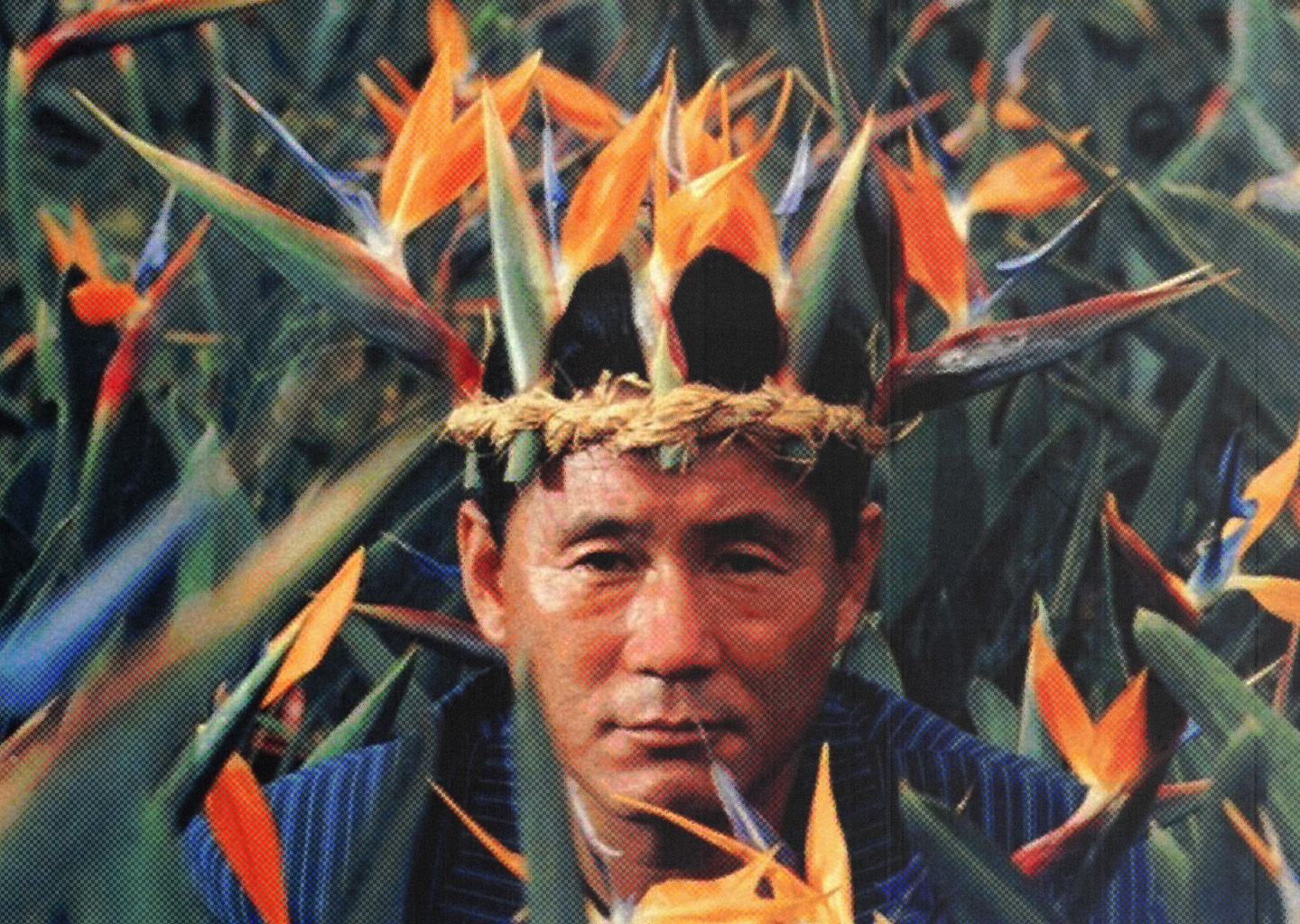 At the end of the 1980s, Japan's film industry was in the pits. Years of dwindling box office returns had seen most of the major studios collapse, and the country was facing a significant economic downturn at the dawn of a new decade. As the surviving production houses turned their attentions to soft-core pornography and foreign imports, even the titans of Japan's Golden Age of Cinema were forced to seek funding from abroad for their films.

As American cinema of the '90s was overhauled by figures like Quentin Tarantino and Jim Jarmusch, so too would the cinema of Japan be transformed by the dogged endeavors of an independent filmmaker. When Takeshi Kitano's crime drama 'Hana-bi' won the Golden Lion at Venice in 1997, it was the first time a Japanese film had received the honor in nearly 40 years. This watershed moment was almost singularly responsible for a global reassessment of the country's cinema, laying down the foundations for the rise of cult directors like Takashi Miike, Sion Sono and Hirokazu Kore-eda in the decades that followed.

Already a comedy superstar under the guise of "Beat" Takeshi, and a leading television personality by the '80s, Kitano's celebrity status landed him a vital acting role in the David Bowie-led war film "Merry Christmas Mr. Lawrence" in 1983. But with Japanese audiences unwilling to take seriously the comedian's performance as a brutal P.O.W. sergeant, Kitano became determined to establish a new image both in front of and behind the camera. In the years that followed, he would command complete creative control across a series of films in which he wrote, directed, edited, produced, and acted. It was a persevering reincarnation unlike anything previously seen in Japanese showbusiness.

Inspired by his working-class upbringing in high crime areas of Tokyo, Kitano the actor modeled himself as an ambiguous hardman while completely subverting the established tropes of crime cinema as a director. Cultivating a minimalist style of near-static camerawork, silent confrontations and long takes that dwelled on the contemplations of his stoic characters, Kitano's nihilistic dramas presented a new style of cinema that was delicate, artistic, and laced with visceral brutality and black humor. Across a series of early works Kitano and his steely co-stars became Japan's own "Reservoir Dogs", dressed in tailored suits inspired by the wardrobes of Comme Des Garçons and Yohji Yamamoto, and harboring a pensiveness that seemed at odds with their violent natures.

Kitano's directorial debut came in 1989 with "Violent Cop", an uneven "Dirty Harry"-style police drama that announced his metamorphosis in a dynamic fashion. The opening scene sees Kitano's deadpan cop, Azuma, dressed in slim-fitted tweed, inviting himself into a suburban home to interrogate the son of the middle-aged woman who resides there. With the camera fixed unflinchingly over his shoulder, the renegade cop proceeds to beat the cowering juvenile to a bloody pulp in his own bedroom. Azuma's silent indifference is accentuated further as he lumbers aimlessly over a footbridge in the following scene; a prototypical example of the now-iconic Kitano "gangster walk".

The restrained pacing of these opening shots are indicative of what would become Kitano's recognizable directorial style, captured no better than in the film's memorable central scene. In a casual police sting gone awry, a petty thug escapes his apartment into a sun-soaked suburban street, only to run into a police officer playing with a group of young children. The brutal fistfight that ensues is captured in balletic slow-motion, soundtracked by Daisaku Kume's melancholy piano score before suddenly breaking back to reality as the policeman is struck by a fatal blow to the head from a baseball bat.

"Violent Cop" failed to set the box office alight, but it set the foundations for what Kitano would deliver in the years to come. After 1990's "Boiling Point", a colorful but unbalanced crime drama, further built Kitano's screen presence in the role of a psychotic gangster, the director would strike gold with his third crime drama in 1993. With famed Studio Ghibli composer Joe Hisaishi now scoring his films in a collaboration that would last over a decade, a greater depth of emotion was eminent in Kitano's understated camerawork. In "Sonatine" it would be utilized as a meaningful subversion of the otherwise deadly-serious Japanese gangster genre.

The plot of "Sonatine", concerning a hard-nosed Yakuza gang's moves against a rival crime faction, is quickly forgotten as the film divulges in an extended middle act that invites the viewer to empathize with the violent protagonists. Awaiting their orders in bright, floral-patterned shirts on an idyllic seaside vista, Kitano's jaded enforcer Murakawa passes time with his cronies playing childish games, wandering the lush countryside and enjoying a shared sense of freedom and camaraderie. An emotional punch is delivered in the film's fatalistic conclusion, where the repercussions of the ensemble's violent career paths finally catch up with them. Any notion that their newfound enlightenment could grant them a second chance at life are smashed, and the deadpan expressions on the characters' vacant faces confirm their acceptance of the film's sobering conclusion. The tender images captured earlier linger long after the end of the credits.

After a pivotal screening at Cannes, "Sonatine" was received with critical acclaim in the West, where Kitano was still largely unknown. A vital stepping stone towards his eventual prominence, the film was nonetheless a commercial failure in Japan, as audiences remained unwilling to accept Kitano as a serious filmmaker.

In 1994, the most significant event of Kitano's reincarnation would take place: a near-fatal motorcycle crash left the filmmaker with significant head injuries, requiring facial reconstruction surgery that would leave one side of his face permanently paralyzed. Amidst widespread speculation that he would never work again, he resumed directing duties in 1996 with the autobiographical coming-of-age drama "Kids Return", a tale of two delinquent teens forced into adulthood after they are expelled from school. The most successful film in his home country at the time, 'Kids Return' prefaced the return of Kitano's nuanced hardman the following year in a film that bound his physical transformation to a newfound poignancy.

"Hana-bi" sees Kitano reach his zenith through a near-mute performance as Nishi, a hardened detective haunted by personal trauma, who turns to crime to care for his terminally ill wife. The weight of his torment is made palpable throughout the film. We witness the violent death of a fellow officer at the hands of a petty thief whom Nishi had failed to apprehend through a series of recurring flashbacks, while the opening act observes the shooting of a close colleague who had taken Nishi's place in a police stakeout for him to visit his wife in hospital. The now wheelchair-bound victim Horibe spends the remainder of the film contemplating suicide, and he turns to painting as a form of therapy, in a stirring reflection of Kitano's own rehabilitation process.

The slow-burning, meditative nature of this masterwork is compounded by powerful use of color as Kitano jump-cuts from pistols being cocked to vivid splashes of paint across Horibe's crude, childlike paintings. Shots linger on seemingly inconsequential images - flowers on a table in the hospital, fish leaping from seawater - inviting deep contemplation and reflection. And Joe Hisaishi's whimsical score, which lends the film a sense of enchantment on par with his works for animated classics like 'Spirited Away', juxtaposes with the inescapable violence that follows Nishi. The film's title, inspired by the Chinese characters for "flower" and "fire" underscores the character's dueling internal conflicts immaculately.

Kitano would become an international icon after his landmark win in 1997, landing memorable roles in global action phenomenon "Battle Royale" in 2000, and more recently in the big-budget 2017 Hollywood remake of "Ghost In The Shell". His U.S. directorial debut in 2000 for "Brother", meanwhile, cemented a multi-picture collaboration with self-confessed "Kitano nut" Yohji Yamamoto, before 2003 samurai epic "Zatoichi" saw him awarded at Venice a second time, this time winning the Silver Lion.

Once ridiculed as a T.V. funnyman with a naive ambition for serious cinema, Kitano's enduring legacy as a formidable filmmaker remains palpable today through the continued presence of Japanese cinema on the world stage. It would take a major film festival win to legitimize Kitano in the eyes of his home nation, but in doing so he would permanently restore the country to its rightful prominence among the international filmmaking community.