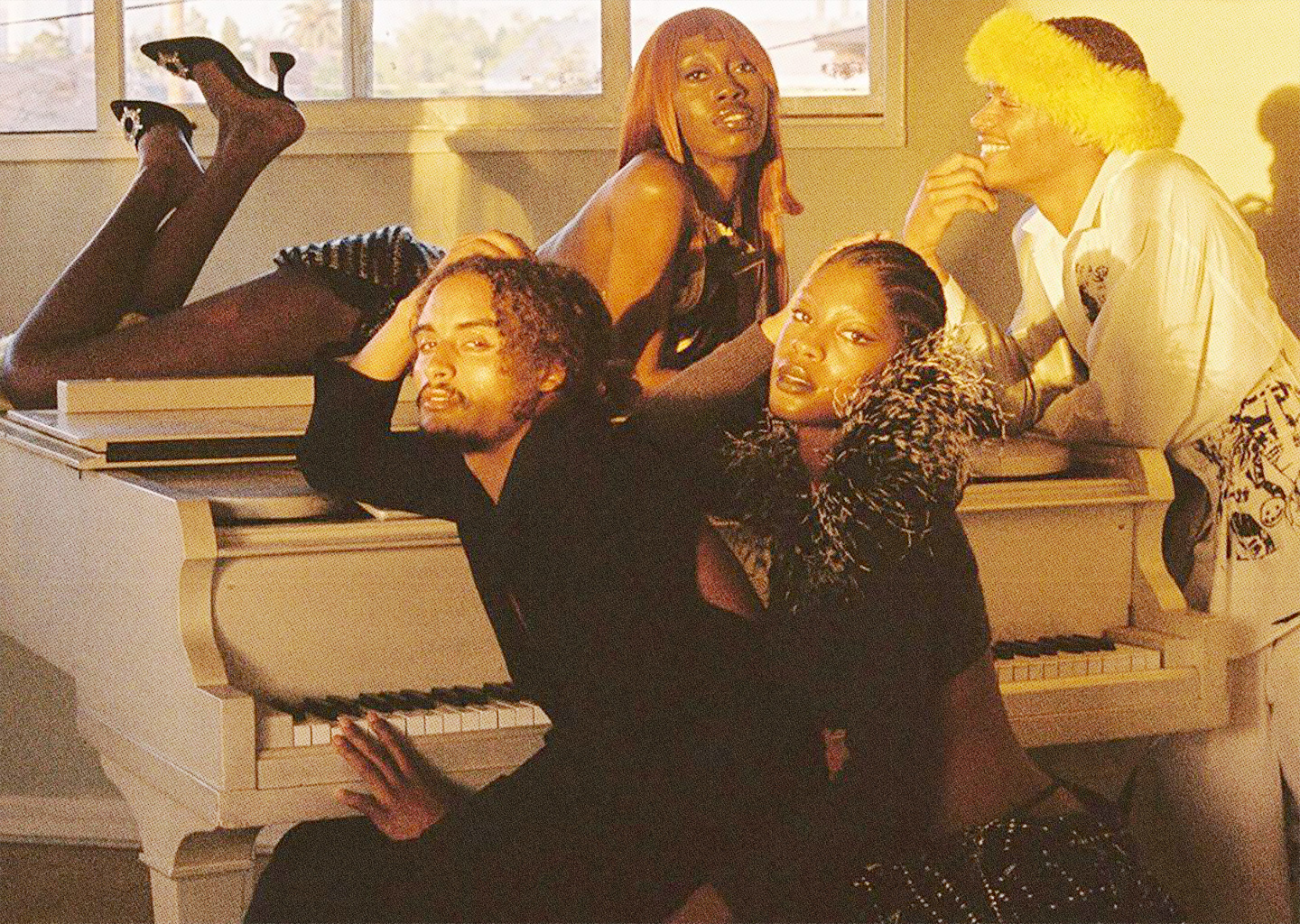 Ensuring that the next chapter of the fashion industry is a better one than the last isn't a job for one person. Accessibility, diversity and sustainability are common goals not just encouraged, but in many ways imperative to the industry's future. For Black History Month, we believe it's important to take a moment to both support and invest in artists, designers and all people of color working and fighting for a more inclusive system. However, this single moment or month isn't enough and we encourage everyone in our community (as we look to hold ourselves accountable) to continue working to these common goals at every opportunity possible.

Below you'll find more information on a few of the many black-owned brands currently working towards a more inclusive fashion industry as well as a list of brands we are investing in on the Seasons platform.

Raised in Tottenham, North London, Idris Balogun began his fashion career by navigating the city’s bespoke tailoring vanguard. On Savile Row, the young designer learned the artisanry of tailored menswear while working for both Burberry and Tom Ford. When the time came for Balogun to tell his own story, his encyclopedia knowledge of fine menswear provided a platform for a vision outside of the old gates of masculinity.

“People behave the way they feel, not the way they look,” Balogun told the New York Times about his design philosophy. “The longevity and comfort of a garment breed confidence.”

Winnie’s offerings range from fine double-breasted suits to basketball shorts and cashmere-lined jackets. The brand’s combination of old and new is one that incorporates valuable lessons from past menswear translated into a more inclusive and imaginative future.

After a stint working for Marc by Marc Jacobs in New York City, James Flemons opted out of the city’s traditional career ladder by moving back to his native Los Angeles and forging his own brand online. In the years since, Phlemuns has built a foundation on pushing for a new fashion industry built to service those typically left stranded.

Even as fashion slowly began reflecting on its diversity shortcomings in 2020, Flemons continued to push for higher standards across the industry’s ecosystem.

Phlemuns’ collections outline gender-inclusive design while continuing to strive for maximum creativity and expansion into a new fashion space that spends less time segmenting men’s and women’s collections and more time making space for the beauty between the lines.

When it comes to fashion brands pushing the boundaries of genderless dressing, Los Angeles-based No Sesso is in many ways taking the lead. Italian for “no sex/gender”, Pierre Davis’s brand is reimaging a fashion world in the digital age built for all races and body types. Silhouettes are experimental in an effort to accommodate and colorful in ways meant to maximize expression.

“Some of the pieces are almost like Transformers, or convertible cars,” Davis explained to the New York Times. “Everyone has different shaped bodies, so it makes the garments a bit more accessible.”

Prior to being tapped as the design director in YZY Gap’s partnership last year, Mowalola Ogunlesi made a name for herself in the London fashion scene outside a typical path. After enrolling in the fruitful Central Saint Martin’s MA program in 2017, Mowalola left the institution’s mold to project her gender fluid, African-influenced style onto the world stage.

“I got to a point where I knew what I liked, and I knew what I wanted,” she told SSENSE about the career move. “I realized I didn’t want to work for somebody, that I wanted to explore my own vision.”

Mowalola’s wearable yet experimental designs took off in London’s vibrant music scene where her Nigerian heritage connected with other artists in the city (Skepta, most notably). Soon after, the young designer collaborated with Nike to produce Nigeria’s lauded 2018 World Cup soccer jersey — a kit celebrated for its youthful exuberance within a traditionally conservative arena. By the time she reached her debut show at London Fashion Week in 2019, Mowalola’s diversion from fashion’s old guard had already helped open  doors for others seeking a new industry future.

At the start of 2020, Connor McKnight left his role in production at Bode for a new beginning. While marinating over the fashion landscape, McKnight began to experiment with his own design ideas for an inclusive brand that combined his Brooklyn surroundings and Washington DC roots into a new high fashion voice. When the pandemic hit, solitude provided an environment for the young designer to double-down on his own mission.

“I like being inside anyway, so I was like, let's just get weird. Let's see what happens,” he told GQ. “It really was slow, going through the process. When you first start you're like, what the hell am I doing here? Which is part of it. Having that much time was so necessary cause all the times where you're doubting, you have time to work through that. Under normal circumstances, I probably would've put it aside.”

For his first collection this year, Connor McKnight pulls on his knowledge of upcycling and past menswear eras to produced tailored and everyday garments forged in a time of pressure ready to influence the next iteration of menswear.

at Seasons in supporting black creators and diversifying the offerings available within our community, here is a selection of black-owned fashion brands whose pieces are currently available or will be within our forthcoming release for Spring/Summer ‘21 in the Seasons catalog.

Hailing from South London, Martine Rose’s British-Jamaican heritage has molded into one of the most exciting menswear labels incorporating a range of rich cultural influences. After consulting for Demna Gvesalia at Balenciaga, Rose translated her high fashion experience to enriching fashion around her own influences ranging from digital media to London raves and sportswear. Selections from Martine Roses’s Spring/Summer ‘21 collection will be available in our catalog this season.

Grace Wales Bonner’s fortitude in navigating London’s old guard of fashion has paid dividends in providing a forward-thinking voice in current menswear. A graduate of Central Saint Martin’s, Wales Bonner been hailed as one of the country’s most influential young designers while refusing to compromise in her mission to diversify fashion and include all identities and sexualities in menswear’s future. Selections from Wales Bonner’s Spring/Summer ‘21 collection will be available in our catalog this season.

Hailing from the Midwest, Jerry Lorenzo has provided a fresh voice in the Los Angeles celebrity fashion circuit. Lorenzo’s vision for both menswear and streetwear is one built on inclusivity and increased accessibility. Through both Fear of God and Essentials, luxury fashion has gained a new perspective at its highest stage.

Forged in the digital age, Heron Preston’s experience in fashion and culture has traveled through many avenues of music, design, social media and more. Since his buzz-worthy days as a co-founder of Been Trill, Preston has continued to use his voice as a point of influence not only through his eponymous brand but also through collaborations with brands big and small.