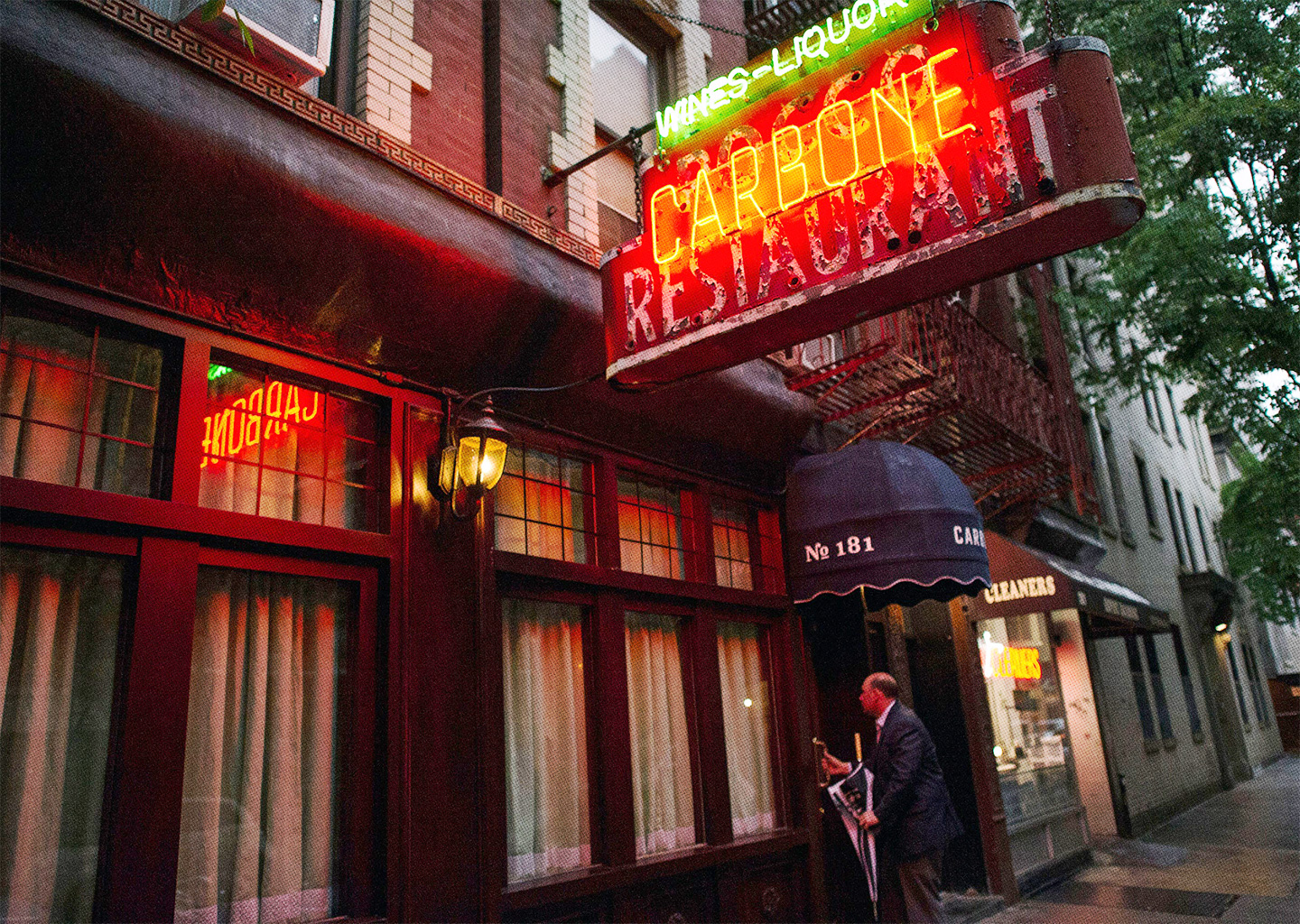 In recent weeks, two pillars to American cuisine have grabbed headlines, not for their consumable delicacies but their respective inroads to the fashion industry. Those pillars are, of course, famed Boston coffee chain Dunkin' (fka Dunkin Donuts) and New York City Italian hotspot Carbone.

While the two businesses seemingly couldn’t be further apart in terms of branding and target demographic, both Dunkin' and Carbone have been buoyed to a popularity stratosphere capable of slinging garments thanks to a strong aura of identity relative to their respective hometowns.

Dunkin' Donuts has long been a cultural symbol synonymous with Beantown, with the iconic pink and orange logo becoming a de facto gate to New England for those traveling north on I-95 in years past. With a mass market in mind, the strategies the fast coffee chain have deployed have drawn deeply from the streetwear playbook, orchestrating influencer-backed drops to hawk a lifestyle brand (emphasis on branding) at large.

“A Dunkin’ Donuts bathrobe is extremely funny,” a 28-year-old Boston native explained to GQ about his fascination with the business’s merch. “It absolutely does not need to exist in the world, but now that it does I really want it.”

On the opposite end of the spectrum sits Carbone, which opened its doors in 2013, and is a living homage to one of New York City’s most romanticized aesthetics; old-school Italian-American hospitality garnished to fit within a scene from both The Godfather and the Sopranos alike. This month, restaurateur Mario Carbone launched Our Lady of Rocco, a menswear line whose early aesthetics could fit right in with current downtown Manhattan prep obsessions.

“I wanted to draw a line to the restaurant without making restaurant swag,” Mario explained to GQ about the line’s distinct lack of branding and obvious association to the white-hot NYC restaurant.

The moodboards for each line seem clear. Where Dunkin hopes to capture the magic that led millennials to line up for a Supreme-branded crowbar not long ago, Carbone hopes to appeal to those spamming F5 to checkout with a cut and sew cardigan from a Mulberry Street brand. Which (if either) strategy will stand the test of time? The Forecast anxiously awaits.

👉  Yeezy Gap's latest drop is a  collection of hoodies

🛍  New arrivals from Casablanca, Rhude and Nanushka drop on Seasons on Monday, October 4