How 'Kids' Became a Time Capsule of New York Teendom 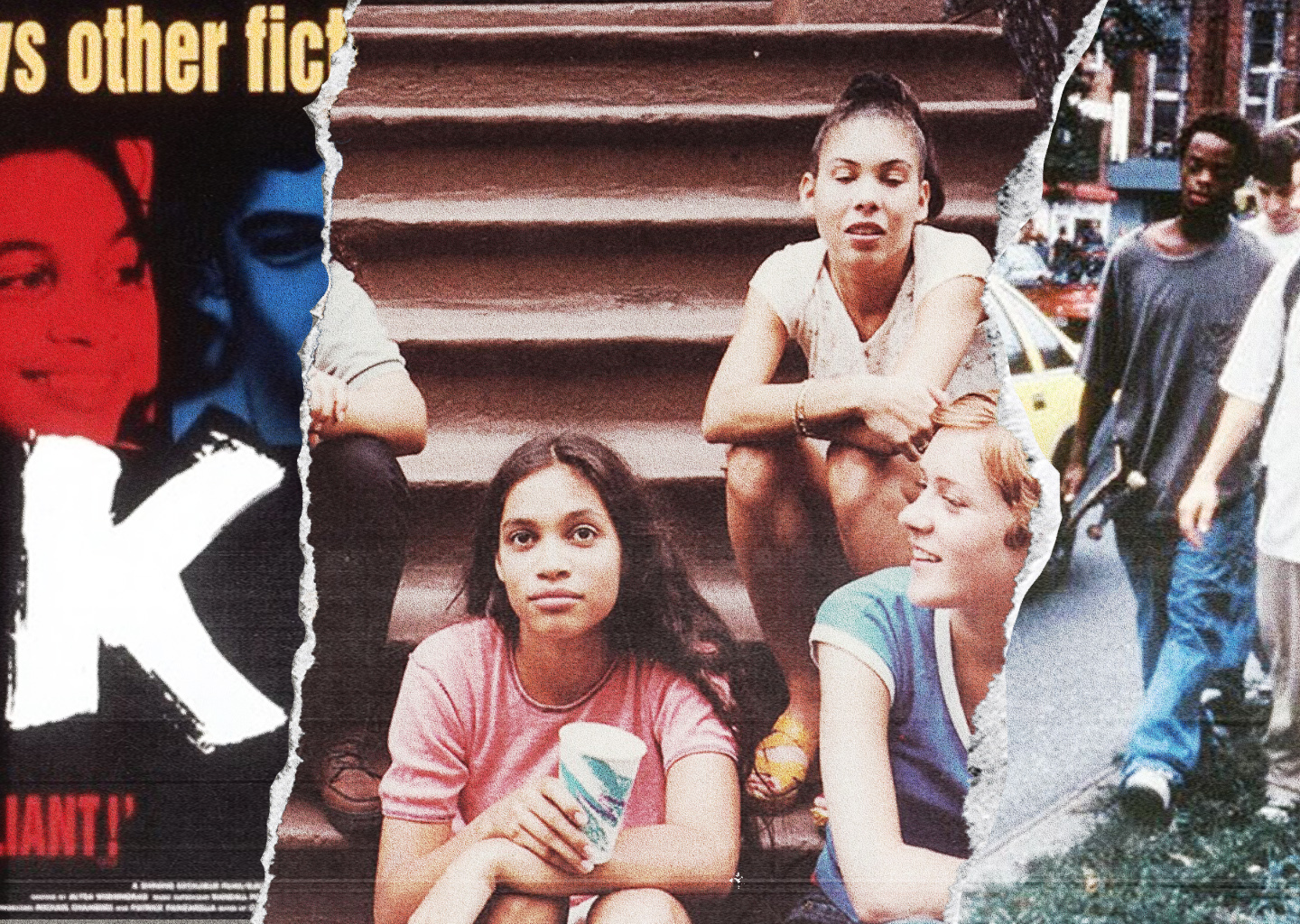 It's 2020. Meme culture is booming, Billie Eilish is queen of the charts, and TikTok has become the latest social media playground to take kids by storm as a pandemic of internet addiction remains rife. Netflix is king—a return, in some sorts, to the heady, independent film boom that caused major disruption to the American film industry in the early '90s. But cast your minds back to 25 years ago, and the USA captured on video was a decidedly different place to what it is today.

Off the back of a surge of teen-focused independent films from the likes of Richard Linklater (Slackers, Dazed & Confused), Gus van Sant (Drugstore Cowboy, My Own Private Idaho) and Kevin Smith (Clerks, Mallrats), a postcard picture of New York City youth was released in 1995 by a first-time director and an army of underage unknowns. Kids was the story of Telly, an HIV-positive teen determined to have sex with as many virgins as possible at the height of a heady summer. It would become one of the most controversial films of the decade.

Larry Clark, a 50-year-old photographer and former heroin user, had struck a chord with the American public years before deciding to shoot his first feature. His semi-autobiographical 1971 book "Tulsa" had offered a brutally authentic depiction of real-life drug addicts, and was published with the admission that he was not merely a voyeur but a participant, too. Twelve years later, "Teenage Lust" shifted the focus to rebellious high-schoolers, and featured photos with titles like "Prostitute Gives Teenager His First Blow Job". By the time he'd met teenage Harmony Korine hanging out at the Washington Square Park in the early '90s he'd ditched the hard stuff - but was no less interested in causing controversy as he sought to make a story of '90s teendom told from the inside.

Budding filmmaker Korine turned over the first draft of his script for Kids in three weeks while he was living with his grandmother, lining the dialogue with New York slang and basing the characters on people he hung out with. Funding was initially sought from the AIDS charity Red Hot, with Clark and co. pitching the film as a "cautionary tale"—though the film's $1.5m budget would eentually be put up by a slew of indie film houses vying for a slice of the most dangerous movie of the summer. An open casting call invited the real-life teen skaters of Washington Square Park and the Lower East Side to audition for the film's leading roles, with Korine given free rein to bring in as many friends as possible to play extras.

The main cast consisted of debutants Chloe Sevigny, Rosario Dawson, Leo Fitzpatrick and Justin Pierce—all plucked from the streets of New York City. They would careen off in dramatically different directions after the film was released as a result of the film's tumultuous fallout. Pierce's fate was the most tragic: he would die by suicide just months after indie "it" girl Sevigny picked up an Oscar nomination in 2000, while Dawson and Fitzpatrick would both carve out respectable, but unreliable, careers in film and TV respectively in the years to come.

With an army of teen extras forming the rest of the cast, production proved chaotic. Reports from the set range from producers being forced to write notes to excuse cast members from detention, to actors puking mid-scene and police being called to set to address underage drinking and petty drug abuse on several occasions. When shooting completed, there were two wrap parties, after the crew refused to attend a party with the cast. When the performers received nominations at the Independent Spirit Awards in 1995, Sevigny brought her mother with her as a guest. The night ended with distributors Miramax pulling the plug on a Chateau Marmont bungalow party after the boozy teen cast racked up a lofty bill ordering room service into the early hours.

The authenticity is what makes Kids so compelling. While the cast was too young to have experienced sex in the manner portrayed on screen, the film was otherwise real life through their eyes, captured by Eric Edwards (My Own Private Idaho) 's fly-on-the-wall, documentary-style camera. The soundtrack, featuring indie stars Sebadoh, Daniel Johnston and Slint, was assembled from Korine's own collection. The cast wore their own crotch-sagging pants and baggy tees from skate brands like Supreme and Independent. Most of them were plucked from the local park to fill out the backgrounds on the day of shooting, and paid $100 a day for the opportunity to be in a motion picture.

Miramax's promotion of the film played a significant role in Kids' legacy. By excluding the entire cast from a high-profile premiere at Cannes, they sent out the message that these kids were still at home on the streets. America's top child pornography lawyers had to be called in to negotiate the film down to an "R" rating after the MPAA initially tagged the film as "reprehensible" (the very act of showing minors looking like they were having sex was a felony in seven states). Miramax eventually distributed the film under the moniker "Shining Excalibur Pictures", named after the pornography company Excalibur Pictures, as a one-off gambit designed to elude new owners Disney.

Despite festival walk-outs and a critics labelling the film "exploitative" and "sensationalist", the film ended up grossing over 10x its original budget. A quarter-century later, it remains a cult smash thanks to its unsurpassable taboo. But its popularity also endures thanks to its renewed obscurity: since Clark refuses to sell it to commercial streaming platforms, it's still most commonly traced through second-hand VHS tapes and DVDs.

Kids stands the test because it so perfectly captures a moment in time. At the height of the '90s independent cinema boom, on a sweltering New York summer, kids ran free without the need for iPhones, social media or even the internet. Before widespread gentrification changed the fortunes of run-down NYC neighborhoods, the city was ripe for turmoil at the hands of skateboarding teens with nothing much better to do than to get drunk and explore their sexuality. While a dark subtext runs through the film's HIV plot-line, the city portrayed is one of liberty, vibrancy, and opportunity. Twenty-five years down the line, the world of Kids is a party that will forever be just out of reach.