How New Balance became the king of collabs 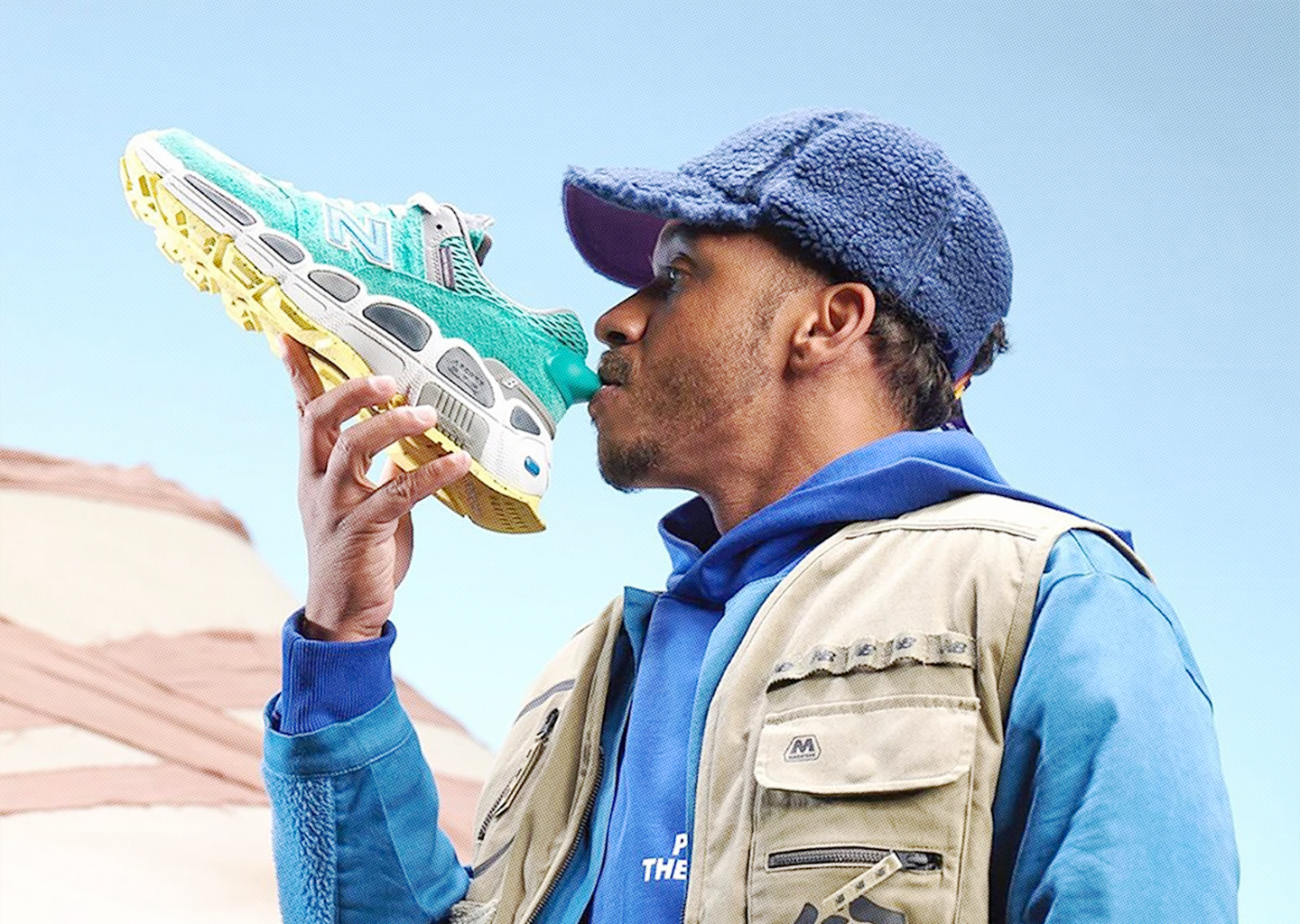 How New Balance became the king of collabs

Steve Jobs left us on October 7, 2011. We lost an extraordinary thinker. His unique vision for the world that he wanted to build around Apple and its many products was a reflection of his values: he was a true innovator at heart. And, as is often custom with certified geniuses, he stuck to a simple, daily uniform. Jobs’ sneaker of choice?

We just crossed the ten year anniversary of his passing. And there’s something telling about the connection of that 10-year passing and the simultaneous rise to power we’ve witnessed from New Balance in 2021, let alone the last few years. “Cool” and “New Balance” weren’t always interchangeable, Steve Jobs as the American footwear brand’s unofficial ambassador didn’t exactly help.

Even a few years ago, New Balance (as they have done with previous administrations) announced it would be the official sneaker sponsor to former President Trump and his team.

But a lot can change in 10 years. And, so, here we are, wracking our brains to imagine a world where New Balance is going toe-to-toe with Nike to claim its position as the most dialed in sneaker brand in this business. This is the world we live in.

What happened to the old New Balance?

They’ve miraculously shifted our perception of what they are and what they can be. New Balance sneakers used to be for corny dads in the way that minivans are to soccer moms.

From boring dad sneak supplier, to incubator—no, creative lab—for creative thinkers, a string of top-tier collabs has shot NB to the moon and executed them across every customer genre.

990v3s with JJJJound and JoeFreshGoods.

Salehe Bembury and the 574 Yurts.

Hell, even Todd Snyder has an ongoing rollout of sneakers the brand.

This list goes on, whether it’s with WTAPS, Casablanca, Boston’s Bodega, or the legendary Stüssy.

It’s hard to deny the cultural impact and moment New Balance is having with its partnerships. Makes you wonder what their ceiling for success looks like. One thing’s for sure, though. If there’s more gas left in the tank, they won’t be going it alone.

👉 Highsnobiety opened a store in the Zurich Airport‍

📚 Black Ivy: A Revolt in Style - a much-anticipated book exploring the way black people in America took waspy prep-style and strategically repurposed it for themselves. Available December 21