How Pop Smoke Helped Change the Identity of Dior 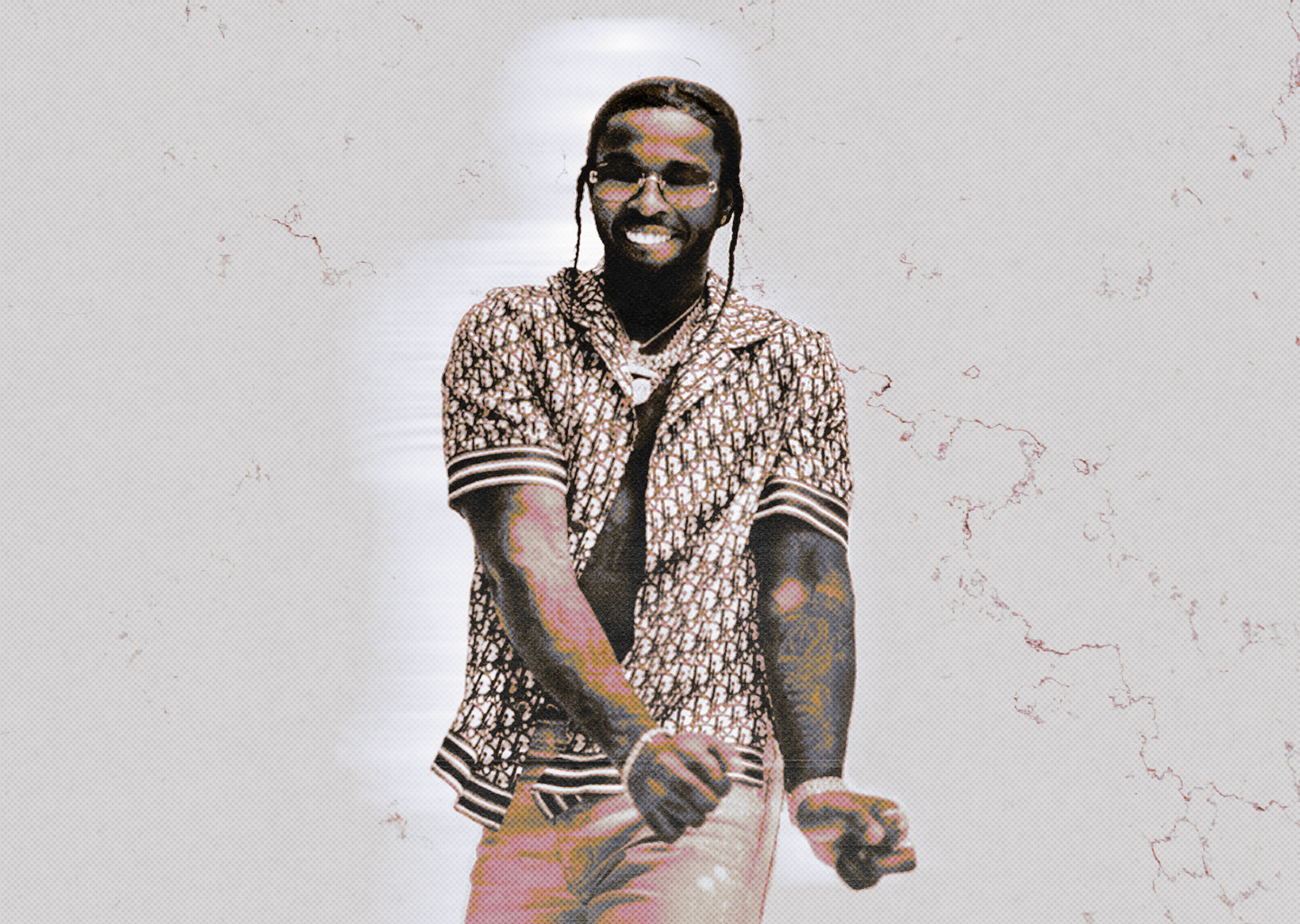 In February 2020, a moment which feels like it belongs to another lifetime, Brooklyn rapper and New York City hip-hop hero Pop Smoke was killed in Los Angeles. The tragedy of his death is unspeakable, the 20-year-old hitmaker was at the precipice of what surely would have been a decades-long career of sharing his talents with the world and evolving into an artistic beacon for a new New York sound. Among Pop’s innumerable contributions to hip-hop and culture is his impact on the fashion sensibilities of the NYC hip-hop community, and on our collective perception of where designer brands fit in the world of propellant drill music.

It’s not exactly groundbreaking to announce the renaissance that Dior Men’s has experienced in recent years, under the creative direction of Kim Jones. But while Jones has been manifesting consistently impressive collections of ready-to-wear and redefining what it means to be a “Dior Man,” something has been happening at the ground level. The hip-hop community and, more broadly speaking, black culture is directly responsible for the way we get dressed and Dior’s seasonal offerings are reflections of this. Look no further than the brand’s hallmark running sneaker, the B22, a product of the chunky-sneaker movement spearheaded by the Balenciaga Triple S (a sneaker that has since been outshined by Dior’s footwear, thanks in large part to Pop Smoke), the Dior B22 is a crown jewel in the collection of every New York rap royal.

It’s a reflection of where fashion is in this moment that a sneaker continues to own the role of status symbol more than any other item. But the B22, specifically, owes a great deal of its staying power to Pop. His breakout single “Welcome to the Party”—a song which you (yes, you reading this) heard every day last summer bursting out of cars and speakers, offering its energy to every moment—set the stage for Pop’s aptly titled single “Dior,” which uses that same energy as fuel for an anthem about, well, buying Dior. It’s a tune that’s recently found new life as a protest song used to assert the power and resistance of Black Lives Matter protestors across the world. On “Dior,” Pop is reflecting the fashion-purchasing habits of New York’s rap scene. But, along with other songs in which he name-drops the brand and even the B22, “Dior” has ultimately become a catalyst for consumers, buoying Dior in a way few others have been elevated.

As a team member at downtown fashion hotspot and occasional menace to the residents of Tribeca , Patron of the New, I’ve witnessed the effusive attitude with which clients approach the B22 and all of Dior’s products, for that matter. And in my own small way, through his frequent visits to the store, I got to see Pop. I saw how he approached dressing himself, with an excitement about putting together looks fit for a shooting star. I saw how other clients would take his lead on what was and maybe wasn’t cool. I saw how he leaned into the aesthetic vision of Kim Jones, embracing the sometimes unfamiliar fabrics and fits that come from Dior’s Parisian ateliers. And I saw how he treated people. If you walked in with Pop, he made sure you left with a bag just as big as his.

When a new shipment of Dior sneakers arrives at the store, there’s a sort of collective breath-holding. At this point in the Italy to floor to client timeline, I’ve likely been telling every guy who’s crossed the threshold that “we’ll get more soon.” Now there’s about to be more—but certainly not enough. They’ll hit the floor accompanied by a captionless Instagram photo and be gone by the end of the day. They were popular before, don’t get me wrong, but there was a time when your window to queue up outside and come through for a pair lasted at least a few days, sometimes even one week. Those days have gone. Now, with Pop Smoke physically departed but sonically omnipresent, you might have six hours.

In a recent interview with WWD, Pop’s manager Steven Victor revealed that he will be meeting with Kim Jones to discuss a potential collaboration with Dior, honoring Pop and his legacy. This linkup would be in keeping with Jones’ tradition of working with artists every season to produce collections that communicate individual ideas while also piecing together into a consistent Dior identity. According to Victor, Pop had expressed his desire to work in the fashion space from the beginning.

In the weeks preceding his death, Pop attended Paris fashion week and shot a music video, directed by Virgil Abloh, in which he enjoys a night out in the city with Quavo. And while you may remember it for the wrong reason, it’s worth mentioning that Pop even enlisted Virgil to design an early version of his posthumous debut album’s cover. I can’t really capture the sense of loss that accompanies thoughts about what could have or would have been for Pop if he were still here. He was only getting started in music, fashion, everything. But it’s encouraging to know that, even now, he may get to keep going.