New to the Archive: Racing Jackets 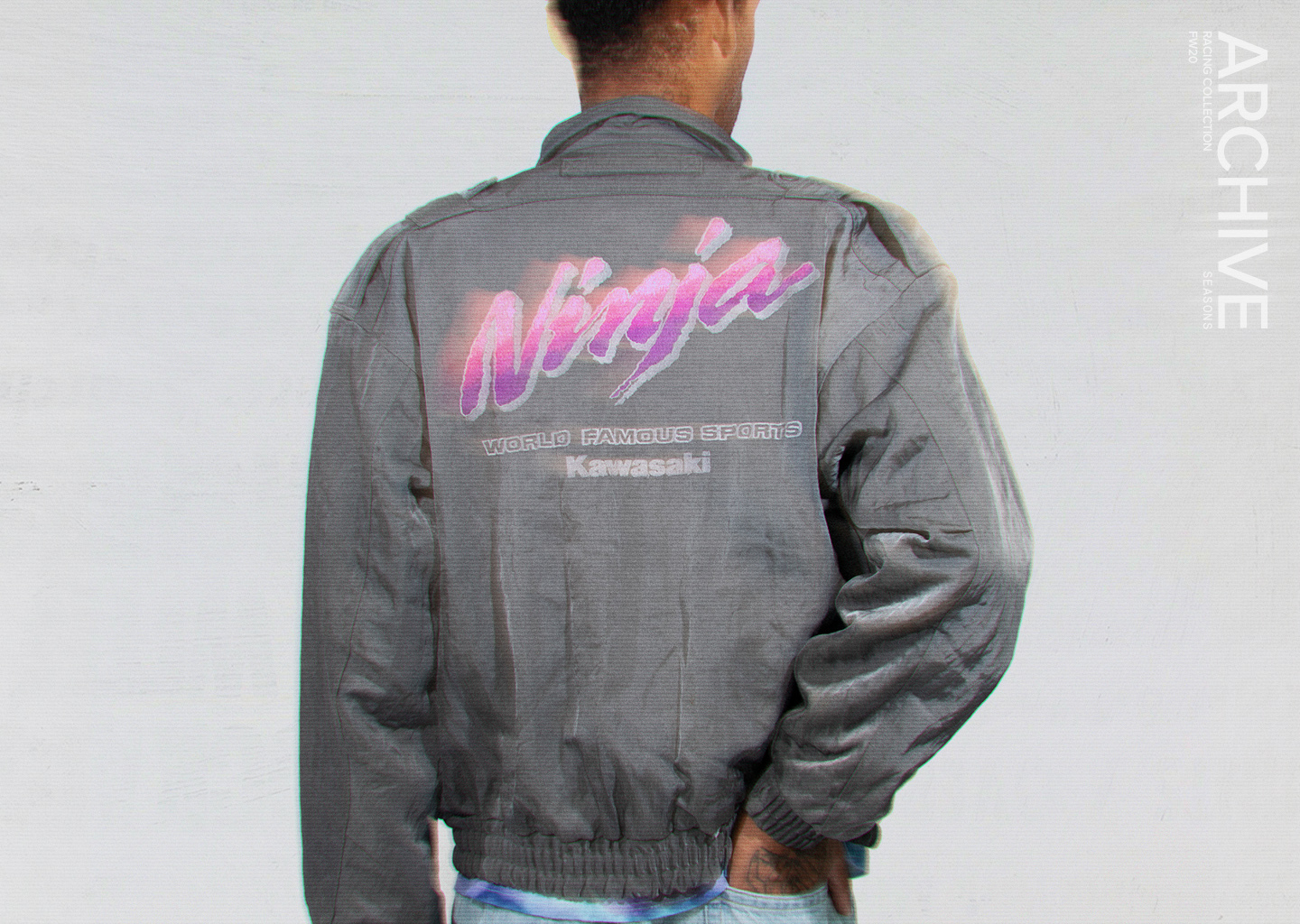 Prior to the advent of flame-retardant bodysuits—the one-piece getups common among professional racers today—the early days of motorsports were a lawless realm when it came to uniforms (think Christian Bale in Ford v Ferrari). When pushing the death traps that were early automobiles to the limit became a sport, clothing became a utility, albeit an often futile one.

Denim and leather, the foundations to 20th century workwear, were de facto choices for competitive drivers hoping to garner any extra protection from pavement, metal and fire they could muster. Jeans paired with bomber jackets, leather coats worn with matching work boots; the surprisingly everyday look worn by grisled thrill-seekers doing not-so-everyday work made racing style transition seamlessly through the emerging motorsport culture at large. By the time full safety suits became the norm around the late 1960s, the relationship between racing and fashion already had a few decades worth of marination and the traditions would continue long into future generations.

With our newest Fall/Winter capsule to release in the Seasons catalog, we’re excited to celebrate and showcase the history of racing fashion. From Formula 1 to motorcycle and even boat racing, these pieces are practical and historical while encompassing a range of racing subcultures. Pieces like the Luna Rossa x Prada Racing Jacket and the Fiorucci Flight Bomber showcase direct crossovers between the arenas of racing and fashion while others like the Taka-Q LeMans Racing Jacket and Honda 1992 Suzuka World Endurance Sweatshirt showcase historic events in the world of competitive racing.

Even if the extent of your racing knowledge is knowing Cardi B’s verse on “Motorsport”, the classic silhouettes, global and Americana advertising at the foundation of racing attire can be appreciated and worn by any style enthusiast.

To view the full selection of racing outerwear currently available on Seasons, tap onto the catalog on our website or browse directly in the Seasons App.