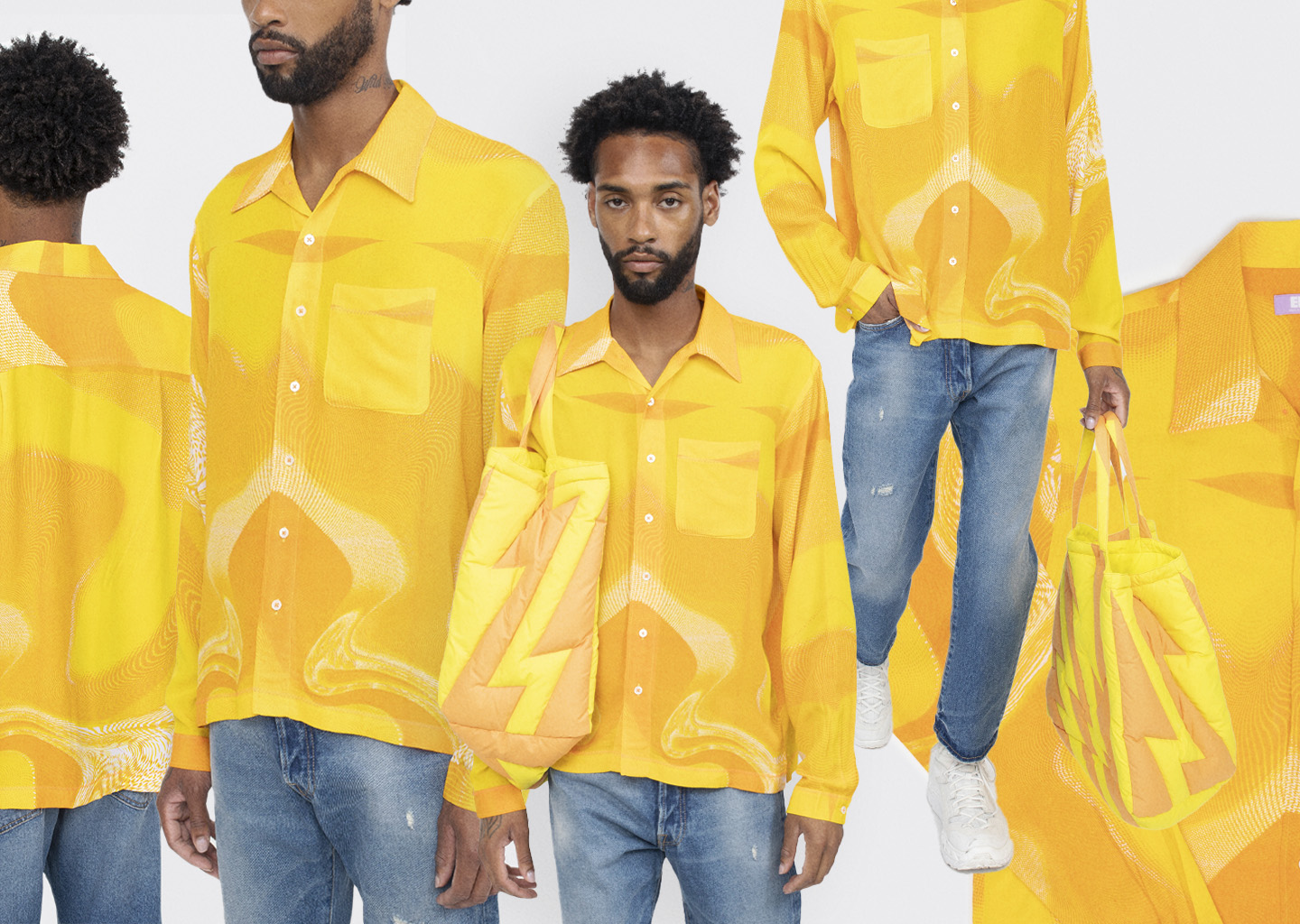 Prior to the brand’s debut, the Venice Beach native’s career catalyst moment came in 2016 when the artist was tapped to direct Kanye’s “Fade” music video starring Teyana Taylor. After the video’s success, Linnetz would also go on to design the floating stage set for Kanye’s The Life of Pablo tour.

The following year, while shooting a campaign for Comme Des Garcons perfumes, Linnetz found himself comfortably intertwined while working within the CDG umbrella. For the opening of Dover Street Market’s LA outpost in 2018, the designer collaborated for a one-off t-shirt release to mark the occasion. The experience, accompanied by a growing itch to put sweat into a project of his own (rather than one of his celebrity collaborators), set in motion the birth of ERL inside the DSM universe.

Within a year of launching, ERL has become one of fashion’s most quietly in-demand breakouts, spurred undoubtedly by inevitable celebrity proximity but backed up by inarguable sartorial intelligence. The weight of Linnetz’s rolodex would be a mouth-watering grail for any brand seeding list but a more organic progression during the brand’s early days has already begun to pay dividends in the post-streetwear world of whispered hyped — a thought process seemingly not divorced the only semi-eponymous naming of the brand’s label.

“The irony is that people like Kylie Jenner will hit us up asking to wear something, and she doesn’t even know that it’s me,” Linnetz explained to Vogue about the brand’s strict no seeding policy. “I, like, shot her baby photos, and she has no idea that it’s me doing the label, which I love.”

For Fall/Winter ‘21, titled “The Final Frontier”, ERL builds off quintessential California themes to explore greater questions about the past, present and future of American fashion.

“In the history of the world, there’ve been so many ‘final frontiers’, but there is never really one,” Linnetz told i-D about the collection’s inspiration. “They’re just kind of these totems that drive humanity on to the next thing… It’s such a powerful statement for something that actually has no meaning, you know?”

Selections from ERL are available to reserve now online and in the Seasons app.

Browse and reserve styles from ERL available now online and in the Seasons app.