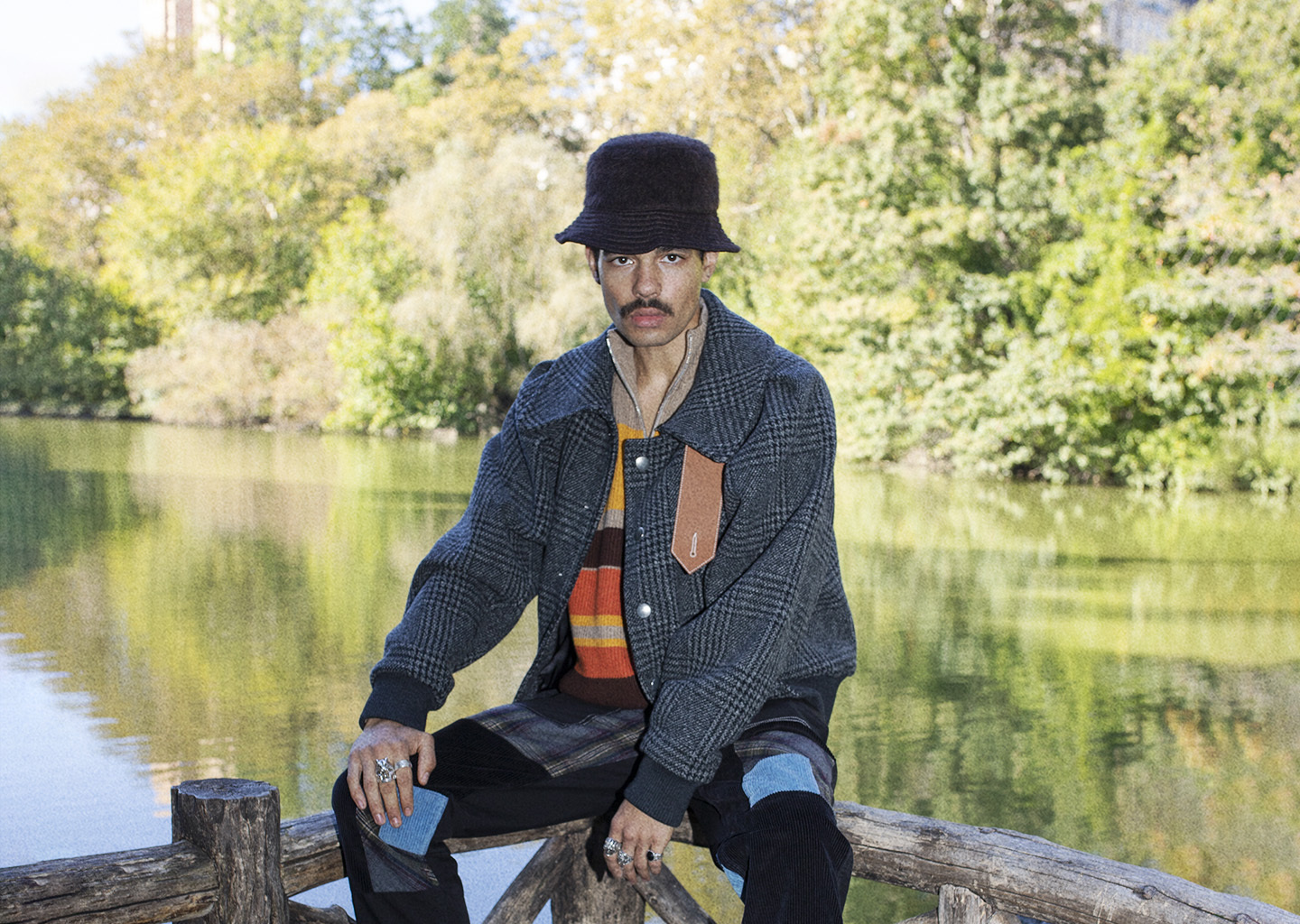 Somewhere within the Animal Crossing, "Tiger King" era of uniquely 2020 cultural moments stood an unlikely attention grabber on social media: a patchwork cardigan from JW Anderson’s Spring/Summer ‘20 collection. The baggy piece’s journey from Harry Styles Today Show wardrobe to fashion-defining moment came via a slow burn, one that culminated in thousands of fans worldwide attempting to create their own version of the piece.

The wildfire moment took designer Jonathan Anderson, a native of Northern Ireland with little industry experience prior to starting his namesake brand in 2008, back to his brand's roots. He quickly disclosed a detailed guide on how the original piece was made, YouTube tutorial to boot.

While the viral chapter appeared from the outside to be a moment tied to the flow of the digital trends, the phenomenon was ultimately little more than a display of Anderson’s core principles as a fashion designer; craftsmanship, eccentricity and individuality. What the flash of #harrystylescardigan #cottagecore provided wasn’t that Anderson had honed in on the zeitgeist, rather that the zeitgeist had finally caught up to the Andrson.

“I love fashion,” he declared to the New York Times in 2019. “But I will not let fashion dictate me.”

Anderson’s early days as a fashion designer were characterized by androgynous menswear styles a good decade before such trends would find their current proximity to the mainstream. The seamless birth of a women’s line a few years later quickly caught the eye of LVMH, with the fashion conglomerate acquiring a stake in JW Anderson in 2012 while also appointing Anderson as the Creative Director at the Spanish fashion house Loewe.

While references to 80s New York City and other vintage fashion eras appear in Anderson’s work, the bulk of the designer’s influences pull from Medieval Europe and pre-industrial Britain. Craftsmanship and the old world artisan labor involved in producing clothes has given the designer’s work an innovative edge in an era of fast fashion, one born out of a prolonged meditation around some of the least cutting-edge textile technologies known to man.

Anderson’s love for period craftsmanship and draw towards esoteric, androgynous fashion would prove to be the perfect blend of inspiration to inject new life into Loewe — a then-wanning label known for traditional Spanish leatherworking. Back at JW Anderson, the designer is able to adjust the scales between handiwork and quirkiness to position the brand as a uniquely free spirit within European menswear.

“I always say that JW Anderson is a cultural agitator and Loewe is cultural, it processes the culture,” he explained to Vogue about the difference in design philosophy between the two labels. “JW Anderson is more to agitate, to get things wrong.”

For Fall/Winter ‘21, JW Anderson’s primordial inspiration of choice is the earthy domain of ceramics, specifically those of Dame Magdalene Odundo. The sartorial translations come in the form of heavy, formidable knits. Colorful pallets doused in a glazey sheen are quintessential highlights alongside patchwork garments only achieved through the marriage between human touch and textile.

Styles from JW Anderson Fall/Winter ‘21 are available to reserve now online and in the Seasons app.