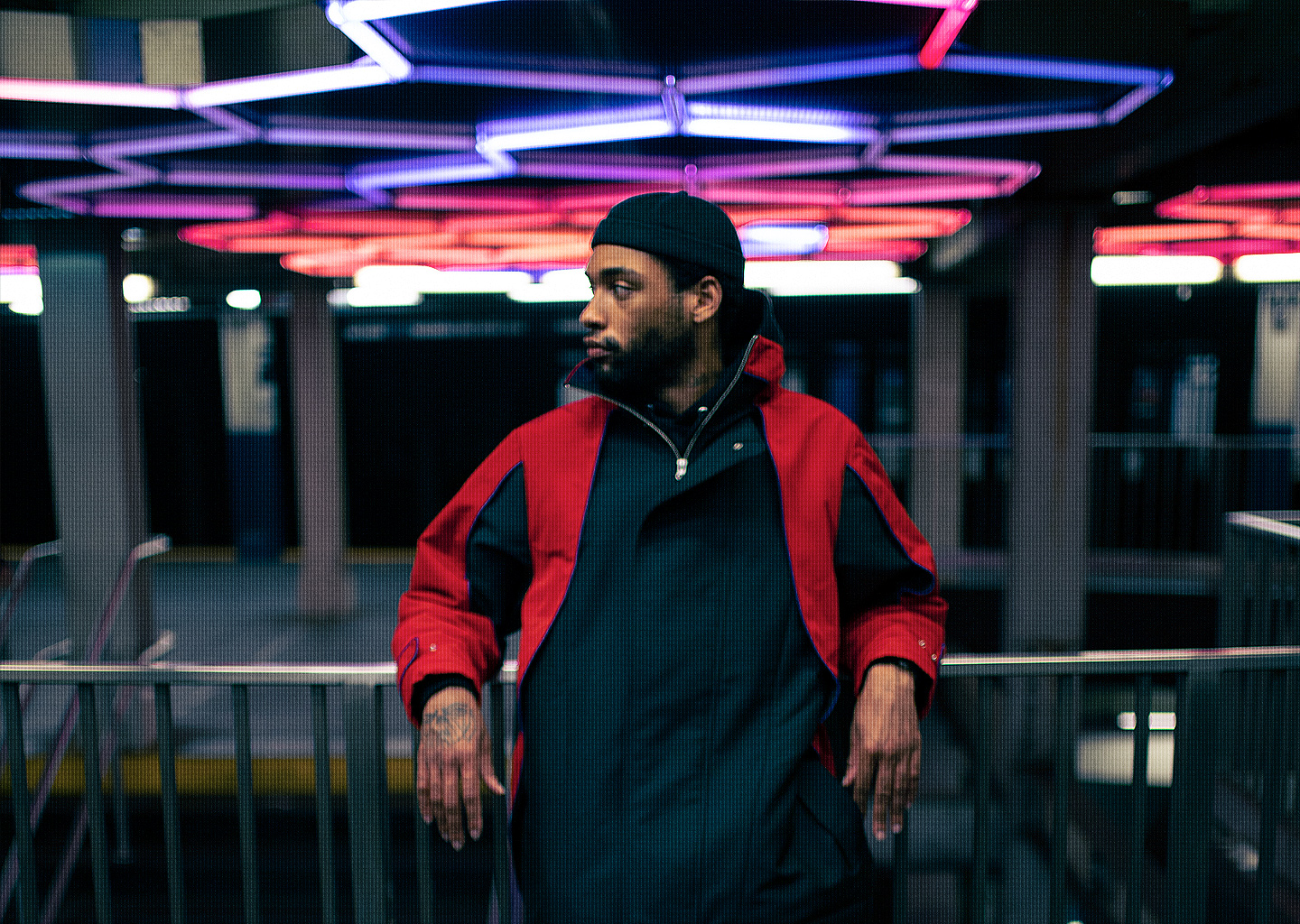 Despite a continuous and reliable flow of influence on global culture, South Korea’s prominence in worldly fashion is often overlooked. In the current industry of disjointed circuits, if there is anything to be optimistic about, it may be the prospect that traditional gates left open can lead to new horizons.

Founded in 2018, Seoul-born designer Hyoungkee Kim springboarded Keenkee off his experience working as a graphic designer, specifically his time consulting on projects with Prada. The brand’s designs incorporate traditional and timeless European cuts elevated by Kim’s unique perspective as a young Korean-American. With recent seasons incorporating themes from 80s techno maximalist design and post-modern futurism, Keenkee’s inspirations are the type of nostalgic relics that are overlooked by designers following traditional luxury roots. The ethos of Keenkee is a connection between digital and terrestrial, present and future.

The Fall/Winter 2020 show, which marked the brand’s debut at New York Fashion Week, drew attention for its throwback cellphone pacifiers. Clickbait aficionados at the Daily Mail jibed the stunt — a treatment similarly given to Craig Green’s debut collection — but Keenkee’s arrival at NYFW announced itself confidently within the next generation of menswear thinkers. Like a retrofuturist poster predicting flying saucers by the 2000s or "Back to the Future" envisioning hover skateboards in the year 2015, the collection adopted a perspective of future nostalgia.

“I was obsessed with the number 2020,” Kim told SSENSE. “It somehow felt very futuristic. When I thought of the future as a kid.”

The fixation on 2020’s importance now seems a bit prophetic, just not in the way a young Kim probably imagined it, or even when the new collection began taking shape. Its delivery in the current 2020 (a time of strife rather than utopia) is perhaps even more apt. Turn-of-the-century optimism at the new millennium is not dissimilar from fashion’s current place, looking out over redrawn boundaries.

For Keenkee, the future is not only about harnessing the power of past lessons but seizing on a fresh landscape with fewer boundaries than fashion’s past. In short time, Kim forged his young brand in New York City while sourcing and producing the label’s garments in South Korea. As the token year from his childhood has loomed, the designer is fully relocating the brand’s production back to his hometown, closer to both its physical cogs and youthful inspirations.

Browse the full selection of Keenkee pieces on the Seasons catalog and reserve directly in the app.