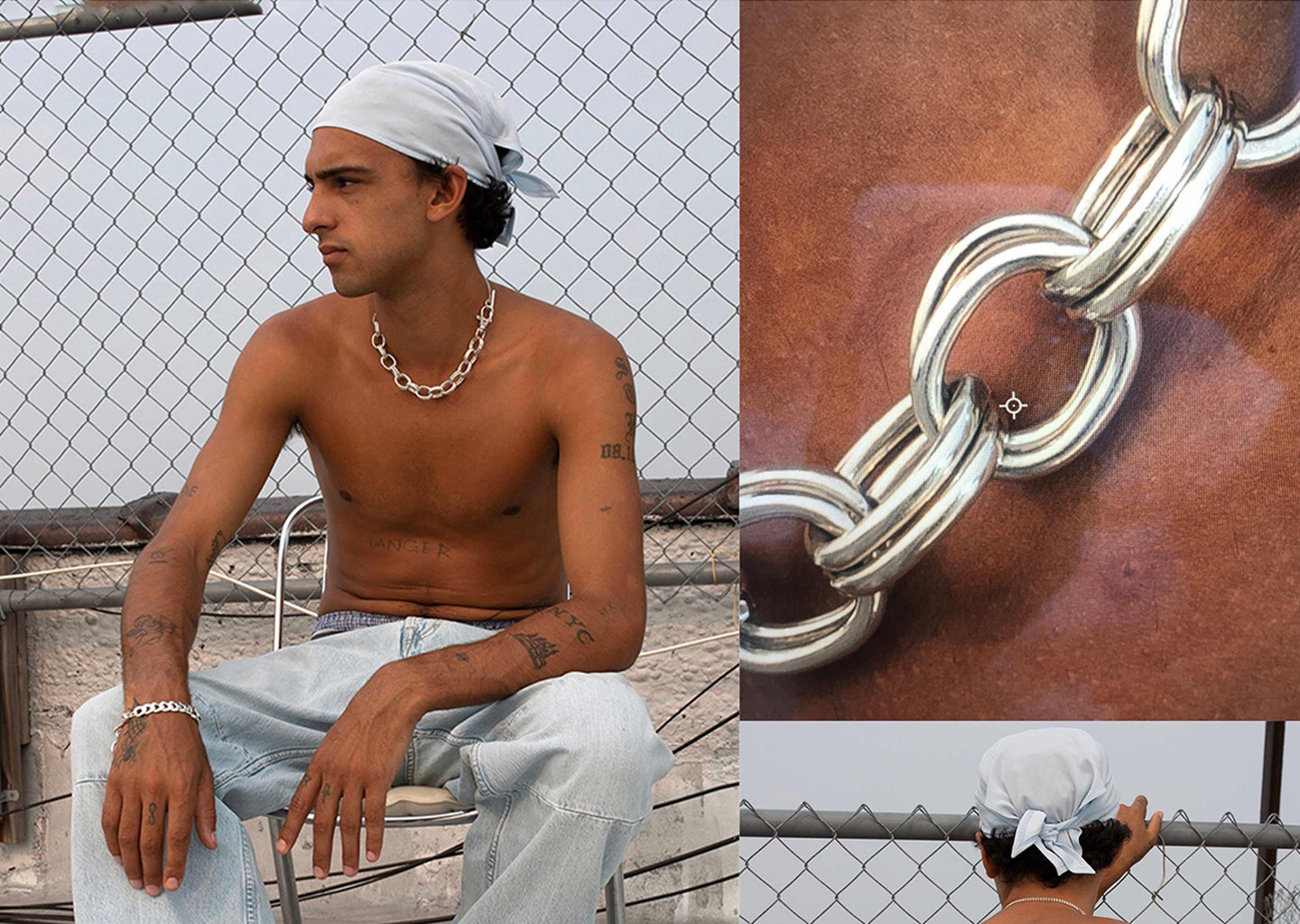 As a young designer working for DKNY, Martine Ali’s personal, homemade jewelry collection caught the eye of a fashion editor while sharing an elevator ride at work. The pieces were unique yet familiar, Cuban links and bold chains inspired by a previous era of music television (MTV Jams, TRL, BET 106 & Park) from the designer’s adolescence.

The intimate moment of recognition buoyed Ali to begin designing accessories for the brand’s runway shows. “I was going to fashion week at 21 years old; [I snuck] in past the press pit, and I remember seeing the jewelry that I had worked on coming down the runway at NYFW,” she told Coveteur. “That was probably the most intense moment.”

Ali would soon make the jump to launching her namesake jewelry brand, honing in her vision of jewelry refined enough for red carpets but also accessible to the culture and community around her Brooklyn-based studio. The brand’s early years offered a foundation of fortitude while breaking into the New York fashion space — “(I) was broke and doing odd jobs to get by,” she told Vogue.

Persistence to her craft along with a timely uptick in Y2K interest soon offered a break, particularly in the music space that long fueled the brand’s core aesthetic. Kesha, Lady Gaga and other pop artists took the Martine Ali’s punk styles while homages to hip-hop’s golden years of jewelry maximalism became eye-catching outfit editorial augmentations.

For his DAMN album era, Kendrick Lamar frequented pieces from a jewelry wardrobe personally designed by Ali herself. In the years since, Martine Ali’s chokers, crosses and wallet chains have become commonplace within the style-minded community orbiting NYC fashion.

Browse and reserve styles from Martine Ali available now online and in the Seasons app.