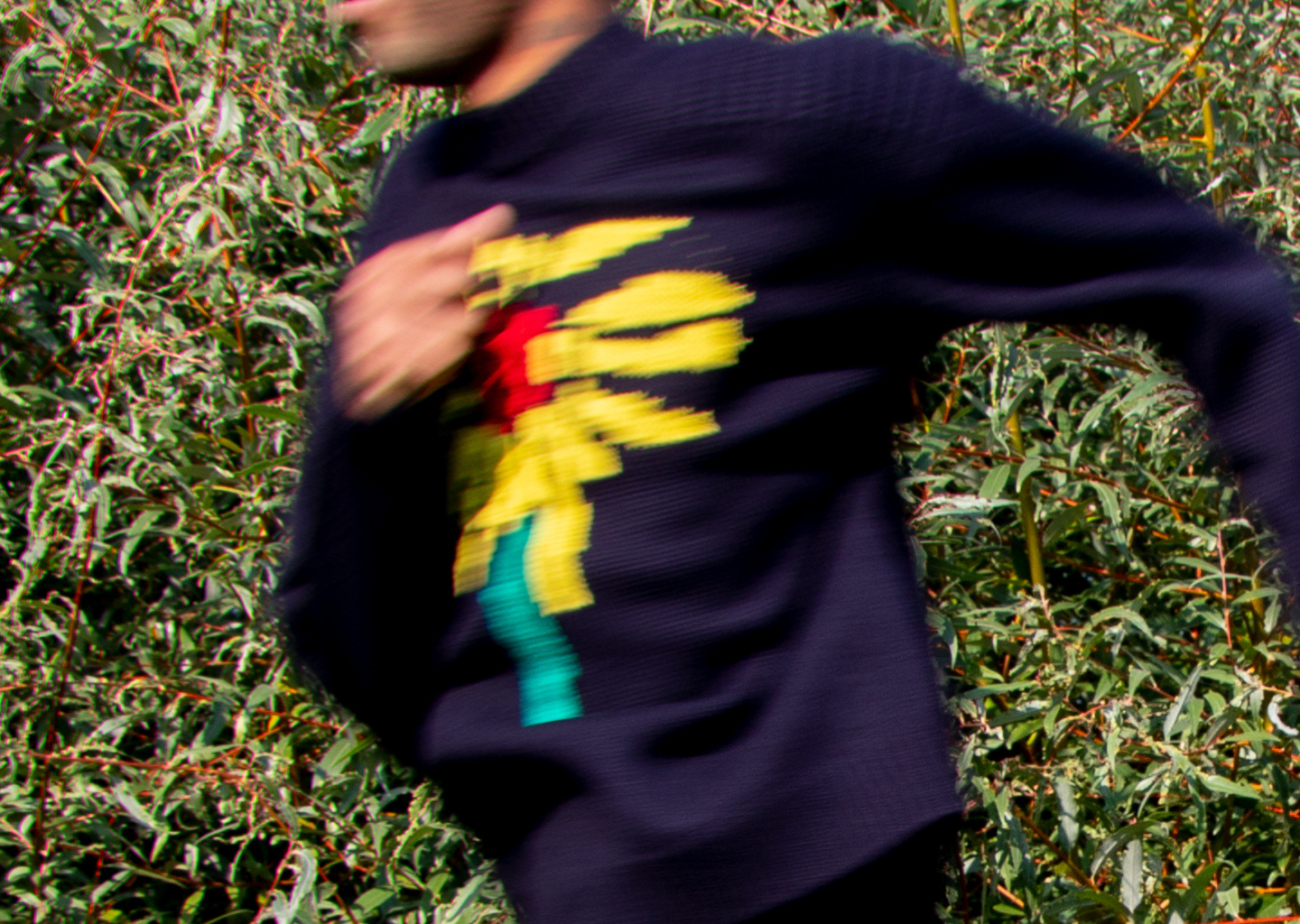 While many emerging brands, especially in the world of streetwear, draw their names from mysterious or arcane inspirations, the story behind Landlord is a bit more direct. When designer Ryohei Kawanishi met Daniel Huang while studying at Parsons School of Design in New York City, the two established the brand out of Huang’s Brooklyn studio which also made garments for the US Army. The interesting kinship between designer and (literal) landlord became a foundation for the brand. The ideas, ambitions and inspirations behind Landlord, however, are often much less linear.

Like many great designers and brands that have captured the kinship between American and Japanese fashion,  education in style started at a young age, in a pre-digital world where overlaps between the two cultures were often more complex. In an interview with SSENSE, Kawanishi recalled the early days of post-WWII Japan when new shops were influenced by American military presence. Although the components that brought the two sides together were harsh, the direct fusion of American style and Japanese manufacturing techniques was the beginning of a fashion marriage that would influence decades of global style.

For Landlord’s Spring/Summer 20 collection, the brand honed a vision of streetwear centered around athletics, specifically basketball, and the outbursts of style that have connected the two. In May, the brand released a first look at its Autumn/Winter 20 campaign, featuring shots that comprised many of the brand’s core motifs (military, work attire, nature) through a new and playful lens. Shortly after, Kawanishi announced he would be stepping down as the brand’s creative director. Citing many of the unfortunate pressures the circumstances of 2020 have put on both the fashion industry and many of our personal lives at large, the change at Landlord's helm has afforded a unique opportunity for this season to embrace both history and look towards the opportunity of the future.

The new collection marks an inflection point for the NYC brand, at a time where the industry as a whole is bending in new ways. We are excited to include selections from Kawanishi’s final Landlord campaign while also looking ahead to the next chapter the brand has to offer. While dubbing the collection a swan song to Landlord’s first chapter may be too maudlin of a description, pieces like the Happy Flower Army Knit, Floral Coach Jacket and Patchwork Doll Shirt showcase many of the great techniques and cultural fusions that have propelled Landlord to deserved place of status in NYC’s changing fashion landscape.

We are excited to begin our introduction of new Fall/Winter styles with Landlord’s thoughtful, stylish and practical pieces that we believe will accentuate any cold weather wardrobe. The full selection of Landlord pieces available on Seasons can be viewed on our website and also through the Seasons App.