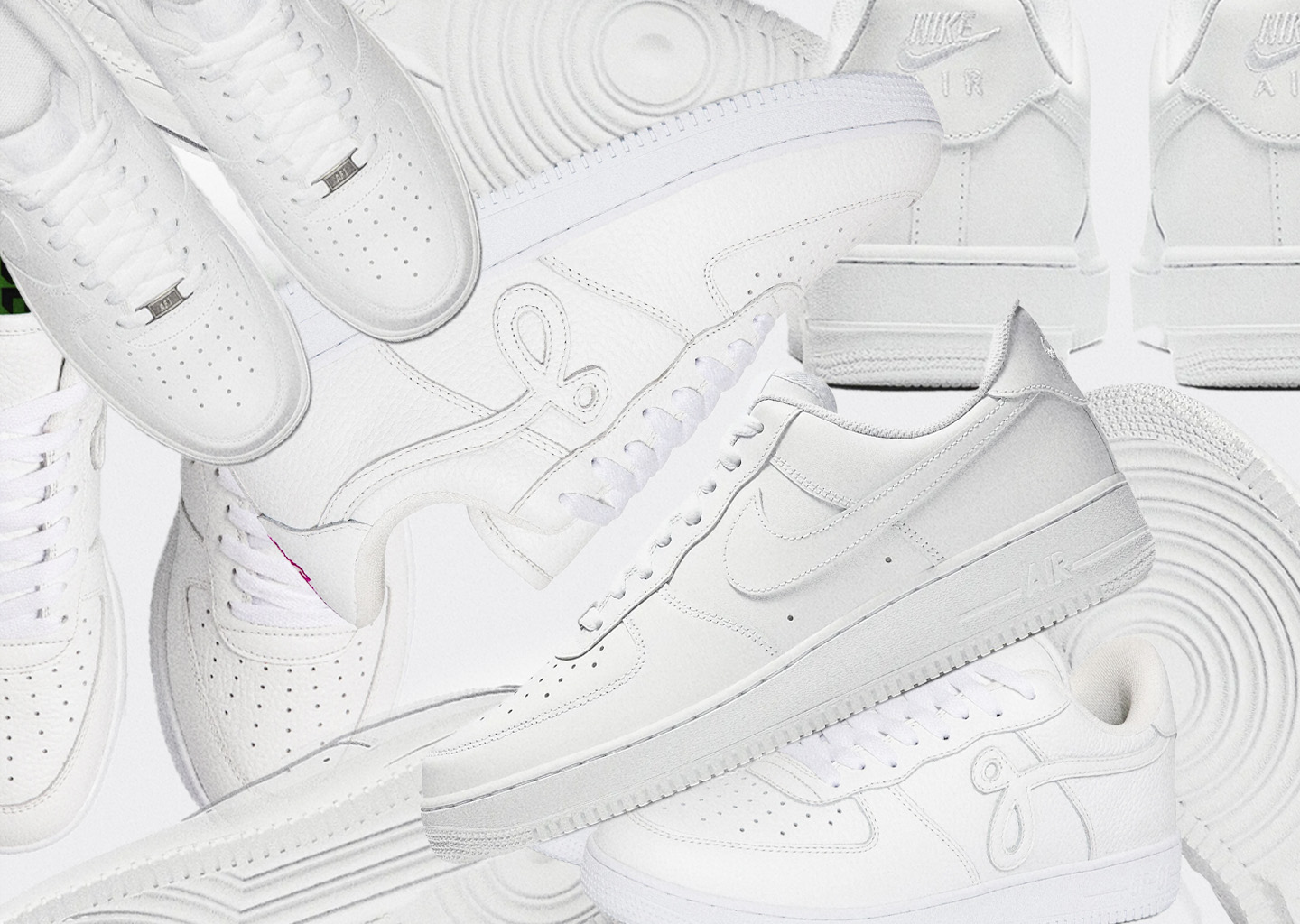 Nike has never been shy of serving lawsuits against those it deems to have infringed on the almighty swoosh. Combine sneakers reaching an all-time level of demand alongside the company’s tactical scarcity model and it’s no surprise bootlegging kicks has gone from a niche hustle to seriously big business in recent years.

As the custom sneaker market swelled from IG explore pages to legit designer runs, Nike has stepped up its legal offense. What started last year with Warren Lotas Dunks, rolled into 2021 by way of Lil Nas X, has now circled back to John Geiger.

Geiger, who started his career as the business manager for NFL star Darrelle Revis, got a kickstart in the sneaker game in 2015 by designing a popular custom Air Force 1 release dubbed the “Misplaced Check” — an unofficial drop that Nike itself appeared to re-draw inspiration from in 2018.

Geiger solidified his status as a talented custom sneaker designer over the next few years before launching his own namesake brand in 2017. After a number of successful streetwear drops and footwear collabs with the likes of EA Sports and others, Geiger set his sights on an anticipated GF-01 sneaker release at the end of last year.

The GF-01, which Geiger contends is merely inspired by Nike’s Air Force 1 silhouette, bears many similarities upon first glance to the famous swoosh sneaker. In an interview last year with Input, Geiger claimed it would be “impossible” for Nike to legally challenge the release of his shoe.

"We just changed (the GF-01) way too much,” Geiger asserted. “We used our own sole, we use our own materials, we have our own logos." The squiggly “g” logo in question was also the subject of a legal scrutiny last year after Vans filed suit against the designer for trademark infringement.

Nonetheless, Geiger took to social media to defend his shoe, vowing to fight Nike on behalf of all other “creators and underdogs”. Should Nike prevail in its suit, it will be the second case closed against a client of La La Land, the shoe manufacturer supplying Geiger with the lookalike sneakers — the second being Lotas’s Dunk case which was settled out of court in December of 2020.

Will Bape’s famous STA shoe be next on the Nike chopping block or is the Japanese brand too big a fish for the Beaverton brand to fry?

👉 Prep is (has been) back. Will TikTok kill it?‍

👉 GQ revisits IRAK and the style of 90s downtown NYC

🛍 New arrivals from Bode and Wales Bonner drop on Seasons on Tuesday, September 7