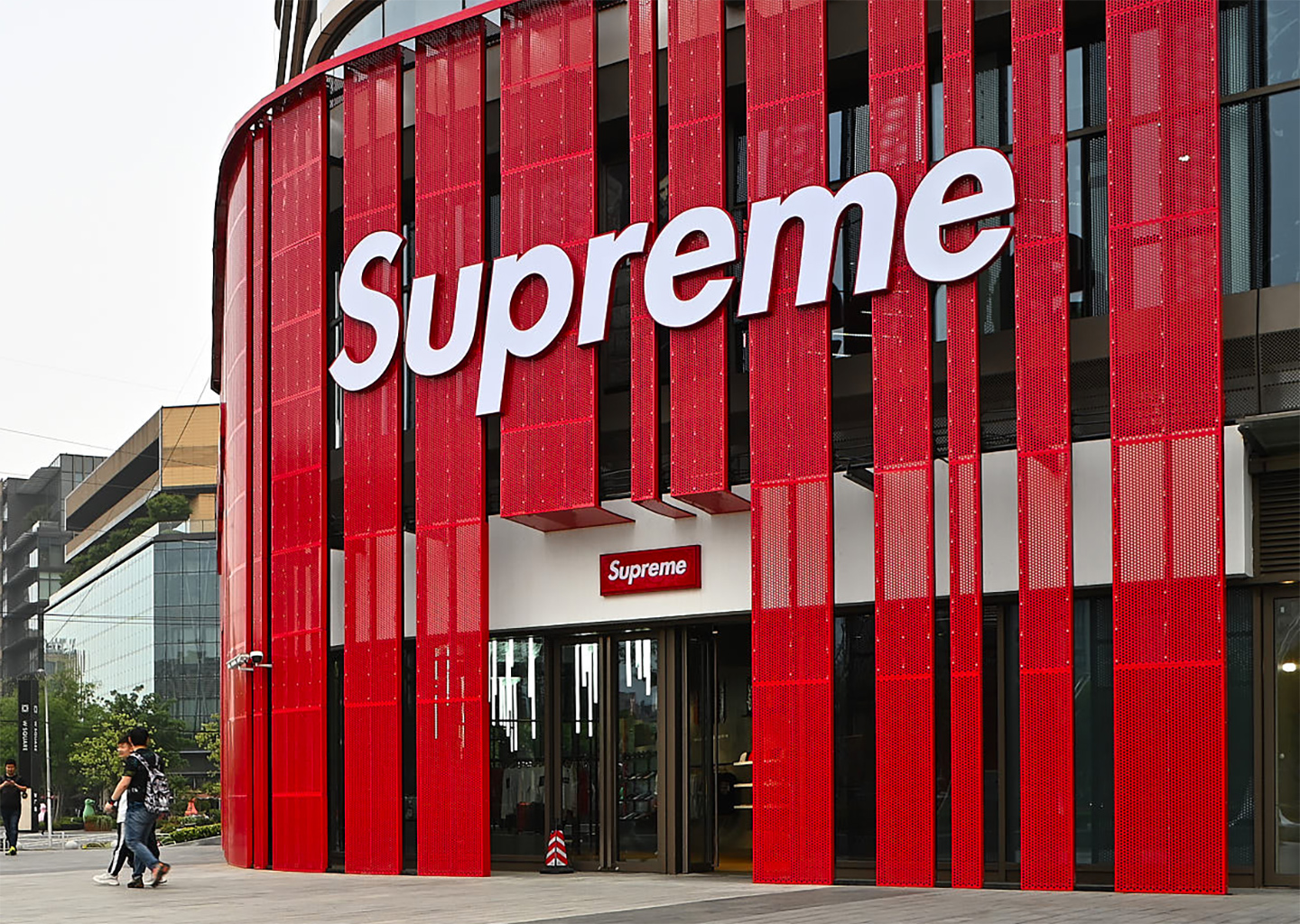 Art! Commerce! Mama! Mia! This week, the years-long battle between Supreme and its illegitimate child — Supreme Italia — finally came to a close. The Santorini-based spinoff of the box logo behemoth had been cashing in off producing Supreme bootlegs for years in both Europe and China under a trademark legal loophole.

As explained by The Fashion Law, Supreme Italia owner Michele Di Pierro took advantage of Italy and Spain’s (seemingly archaic) first-to-file trademark system. As opposed to first-to-use trademark laws (the system observed in the United States and most international bodies) the first-to-file system grants rights to whomever applies for the trademark of a piece of intellectual property first, rather than the first person or group to have actually used the IP.

By simply beating Supreme to the jump in applying for trademarks, the fraudsters were able to sell replica merch in Italy and Spain without prosecution for years. The Supreme Italia umbrella even expanded to the lucrative Chinese market where it opened a flagship store in Shanghai in 2019.

The high profile loophole that was Supreme Italia existed in the blogosphere for years under the somewhat misguided label of “legal fakes”. The term irked the NYC skate brand so much that it drew its notoriously press-shy founder on the record with Business of Fashion in 2019.

“People should know that the idea of legal fakes is a complete farce,” James Jebbia explained. “It would be sad if a new generation thinks that’s actually legit. We don’t do a ton of press and we are quite quiet. These guys are taking full advantage of that.”

This year, Supreme was finally able to secure trademark rights to its brand in both the European Union and China — thus allowing it to pursue legal action against the bootleggers. At the time of seizure, it is reported that the UK-based Supreme Italia holding company, International Brand Firm (great shell company name btw), had all but £300 in its bank account. Still, Di Pierro was sentenced to serve eight years in prison on top of a $10.4 million fine.

While the Supreme Italia operation was far from any loose definition of “ethical”, frequent readers of this newsletter will be privy to the less-than-artistically-sound early days of the Lafayette St. streetwear brand. Has anyone tried to get a quote from Barbara Kruger re: the brand ripping off her logo suing a brand ripping off their logo to the tune of $10 million? Send tips to membership@seasons.nyc if so!

👉 Bottega Veneta will show its Spring/Summer 2022 show in Detroit, a city formerly known as the Paris of the West

👉 John Mayer owns a $20,000 Visvim coat, among other sartorial treasures