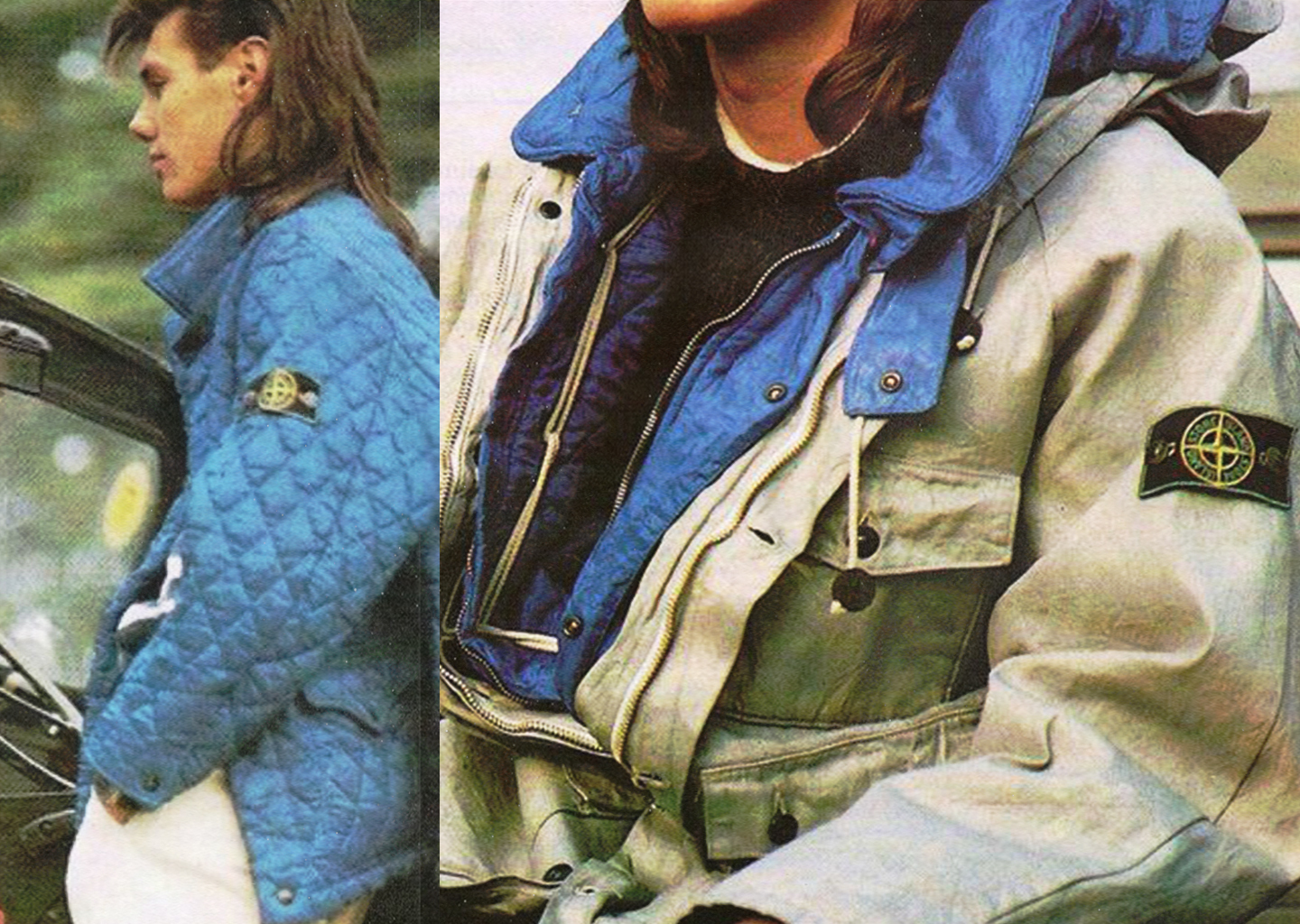 In the 1980s, rowdy English football fans had a problem with the way they dressed.

Vandalism and clashes between the sport’s supporter groups had become increasingly common throughout the 20th century, particularly after the term “hooliganism” first began appearing in the British press in the 1960s. Violence at pubs and in the streets before and after matches had become part of the overall experience for the “casual” fan subculture. Inside stadiums, casuals blended in with fans. Outside, however, they were targets of the police.

“Football hooliganism is only the last, or most recent, in a cycle of moral panics about working‐class youth,” a New York Times article from 1978 reported on the dilemma.

Workwear and blue collar uniforms quickly became synonymous with the most violent sect of each fanbase. On away days, wearing club colors also became an equally identifiable way for police to weed out troublemakers. Shrewd casuals soon began ditching their normal attire for luxury brands like Burberry and other garments that passed the eye test of law enforcement.

When clubs traveled abroad in Europe, foreign brands also entered the hooligan wardrobe. In the 80s and 90s, Italy became a gauntlet for any football club to pass through in European competition, particularly with the success of AC Milan and Turin’s Juventus. Combined with the country’s wealth of fashion options, brands like Prada, Sergio Tacchini and CP Company became particularly popular among traveling British fans.

In 1982, CP Company designer Massimo Osti founded a diffusion line called Stone Island. The brand’s military influence and durable garments appealed to the masculine fervor of supporters at the time where it quickly became a luxury favorite. The brand’s omnipresent compass badge also reflected that of a football club crest, making the Stone Island patch a seamless entry into any fan’s outfit.

In the years since, Stone Island has remained in the uniform of British football fans for its mix of luxury design and utility. In 2005, the brand was heavily used in the costume design for the film “Green Street Hooligans” which navigated fictionalized casual communities. In recent years, as the Premier League has pulled viewers across the pond and other cultural exports like grime music and Palace Skateboards have made their own respective waves, Stone Island has continued to thrive between the boundaries of athleticwear, streetwear and luxury.

Stone Island’s original design built off a foundation of their Tela Stella jacket. In 2012, the brand released a 30th anniversary replica of the piece that paid homage to the unique dyes and resin-coated jacket that was an innovative first step during the brand’s early days. Along with creative director Carlo Rivetti, Osti continued to build the brand upon technology-driven garments and obsessive in-house dying until his departure in 1994.

In the decades since, under Rivetti’s direction, the brand has expanded beyond its outerwear roots, parlaying its core themes to an array of garment selections. In 2016, the brand showcased its obsessive passion for textile innovation through The Prototype Research series. The limited set of released showcases dying techniques that formed new parka shells like their Nylon Metal GRID-OVD and their Dyneema-dyed pieces made of lightweight, reversible and durable material.

While a devotion to craftsmanship has kept the brand within the retail price point of luxury, Stone Island’s consistently wearable pieces and sport-adjacent inspiration has made it an approachable high-quality brand in the ever-changing world of streetwear. Drake’s heavy cosign of the brand alongside his early forays into the London music scene quickly spread the Stone Island patch across Instagram pages but other early pop culture adopters included Oasis’s Liam Gallagher, Alan Partridge and Steven Spielberg.