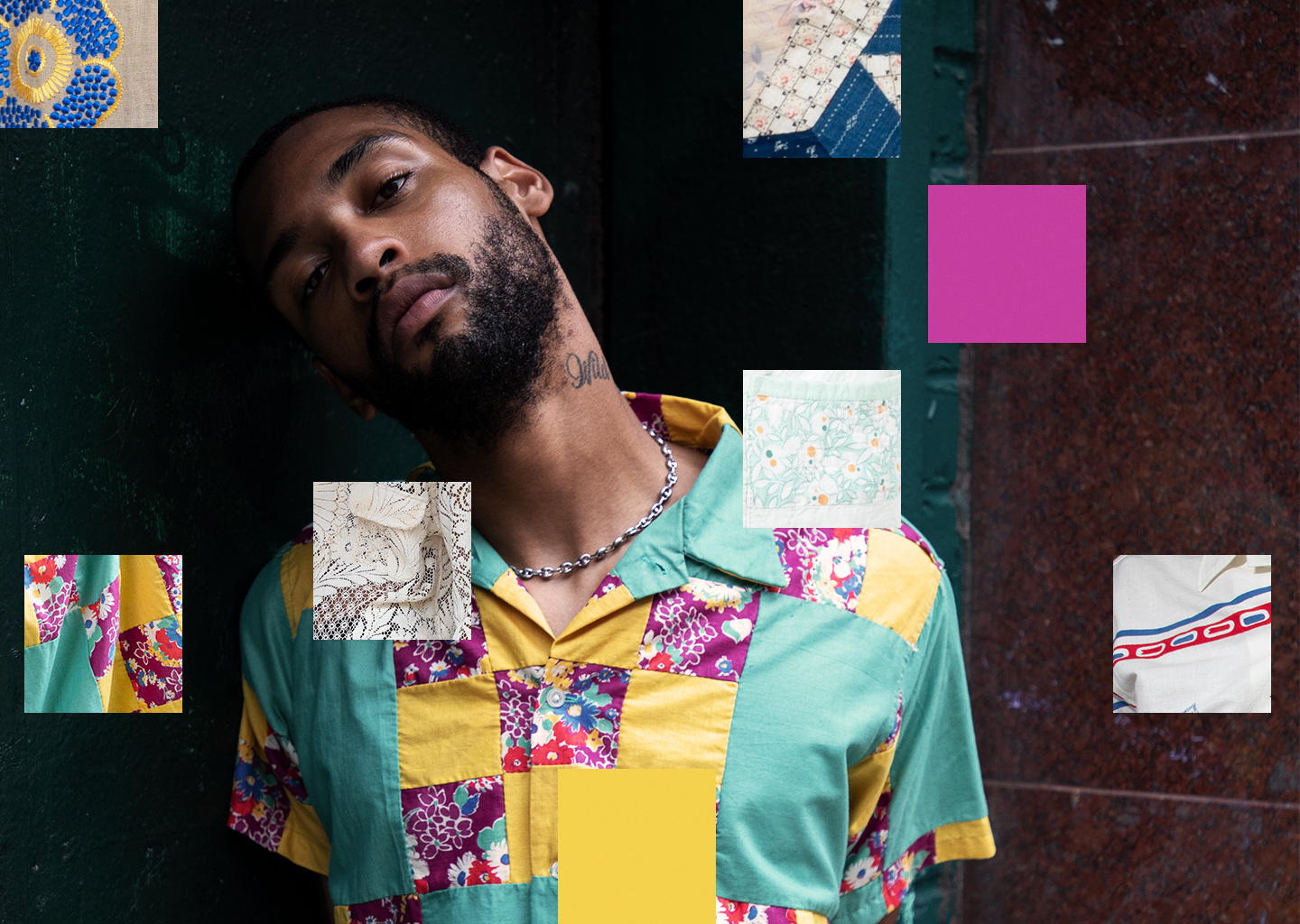 Vintage Americana has weaved its way into countless fashion derivatives in recent years. Through a digital surge in archive collecting, previous eras of pop culture, mid-century advertising, regional dress codes and more have been preserved in the current style headspace. While it’s easy to understand why a vintage leather Marlboro jacket, for example, could fit into a contemporary wardrobe, it’s less intuitive to picture how a decades old piece of tobacco silk would do the same.

To some, Emily Adams Bode’s love for antiquing would seem like a pursuit counterintuitive to starting a successful menswear brand in the current landscape. Bode, the designer’s eponymous brand, began suturing a new definition to menswear in 2016. It’s head-turning pieces are often composed of unique fabrics like quilts and other antique textiles sourced from around the world. Stains and tears are mended in Bode's Manhattan workshop, breathing new life into one-of-kind pieces.

A primary goal of the Seasons community and shared membership experience is reevaluating the norms of clothing consumerism. Where other brands have shoehorned sustainability into their production models, Bode has constructed a foundation upon repurposing, upcycling and making use of what has already been produced. The brand’s pieces are manufactured in New York City, meaning the production of Bode’s garments are more capable of meeting the needs of seasonal wearers at a time when the fashion cycle has sped itself into a knot. In many ways, Bode's direction breathes life into a new future and we are excited for our members experience the narrative and composition of their garments.

In the short time since launching her brand, Bode has become the first female designer to show at New York Men’s Week with a presentation and was awarded runner-up at the CFDA/Vogue Fashion Fund. In 2019, she won Emerging Designer of the Year, was added to Forbes "30 Under 30" list under the Art & Style category, and also staged her first runway show at Men's Paris Fashion Week. Celebrity endorsements from the likes of Donald Glover, A$AP Ferg, and Harry Styles have also helped launch Bode’s unmistakable craftsmanship into the bright lights of mainstream fashion.

From a corduroy jacket adorned with New York City motifs to a piece made from early 20th century quilts and an array of breezy summer shirts, Bode is a trendy and conscious addition to any summer wardrobe. You can browse the complete Bode collection available on Seasons on our website.