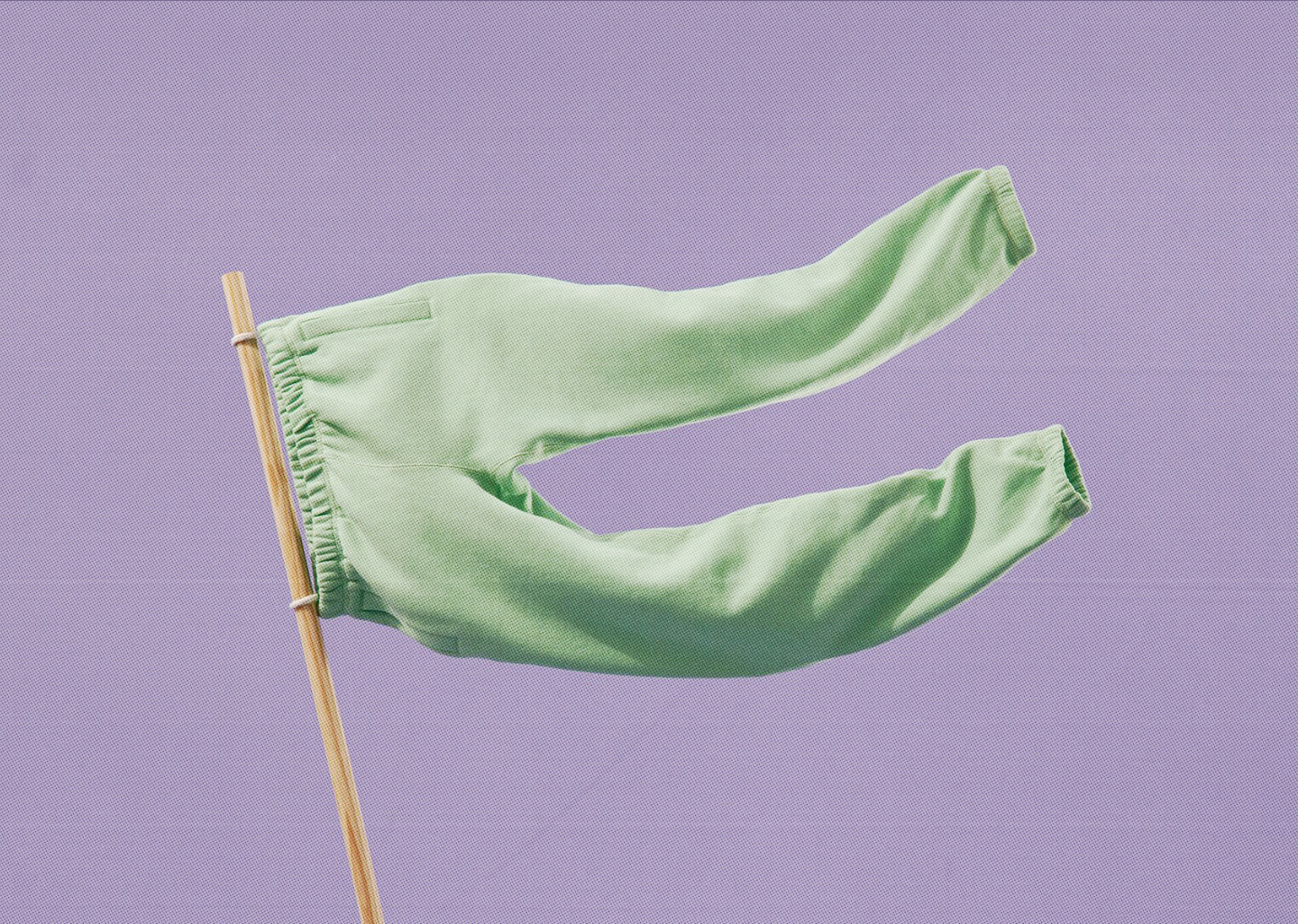 In August of 2020, the New York Times Magazine published what is probably still the most recent piece of longform fashion journalism to capture attention within the greater cultural zeitgeist. Irina Aleksander's “Sweatpants Forever” laid bare a fashion powder keg of factors primed to be ignited, thus becoming the definitive pandemic-era call for change within the industry.

At the center of the vast article was a profile of designer Scott Sternberg. Sternberg was a cult hero from early 2000s menswear. Founded in 2004, his brand, Band of Outsiders, quickly became a GQ staple. Childish Gambino was wearing (and rapping about wearing) the brand head-to-toe. Actors with a penchant for sexy nerd chic like Adam Scott and Aziz Ansari would happily rub shoulders at the brand’s downtown NYC events. MBDTF-era Kanye West was "enamored" with it. By 2015, however, Band of Outsiders collapsed unexpectedly, seemingly overnight. Sternberg (mostly) chalked up BOO’s shuttering to post-recession retail woes and vampiric department store commitments.

In Aleksander’s article, Entireworld, Sternberg’s follow-up brand launched in 2018, was hailed as a visionary and one of the pandemic’s big fashion winners. This time around, Sternberg focused his design on elevated "utopia-inspired" basics — single-colored sweatpants, trousers, comfy sweaters and the occasional chore coat.

Entireworld was positioned to deliver quality, comfy loungewear atop it’s direct-to-consumer (no brick and mortar in sight this time around) foundation. When quarantine orders hit, Entireworld thrived. As “Sweatpants Forever” outlined, Sternberg’s death in BOO and revival through Entireworld was a microcosm for the fashion industry’s changing tides — full sails ahead.

Until it wasn't. Last week, Entireworld folded. Sternberg announced on IG that the brand would be closing shop after a collapsed business deal seemingly left the company in freefall. The similarities to BOO’s demise (glamorous outside, opaque inside, coming to head unexpectedly) were striking.

Aside from Sternberg’s personal connection to both successful and ultimately defunct brands, if Entireworld was pegged as a symbol of changing times, what do we make of its abrupt demise? Perhaps the gung-ho calls for righteous change led by lifewear DTC brands had more bark than actual bite.

“I’ve heard a lot of designers, editors, and journalists lament that the industry-wide shakeup so many folks seemed interested in last year seems not to have happened,” Rachel Tashjian wrote last month for GQ. “Only a year ago we were dedicated to at least thinking about a radical transformation of the industry, but then life, as it always does, sort of got in the way."

👉 The Fashion Law breaks down how brands get rid of goods