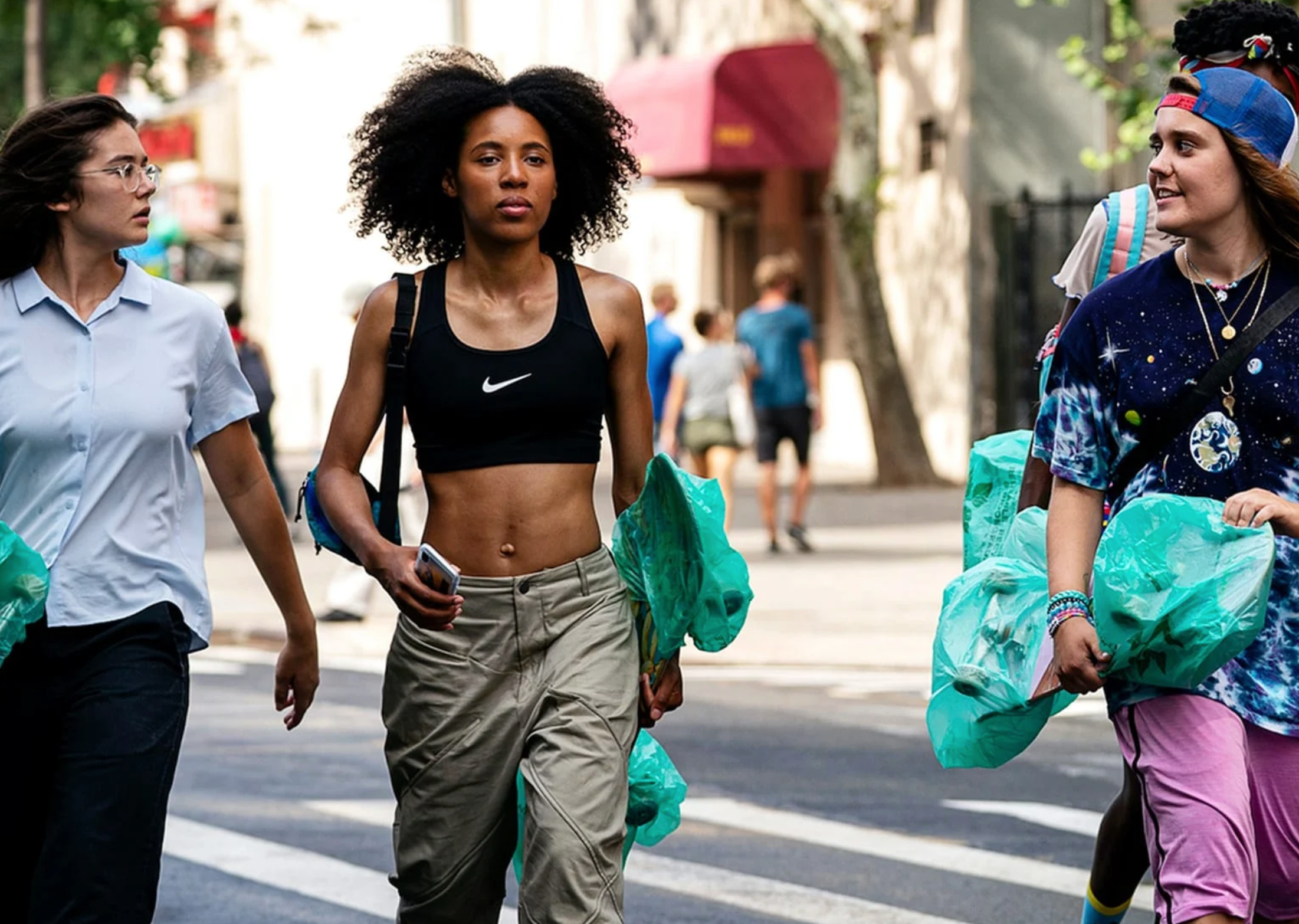 In the pilot episode of HBO's Betty, Kirt, the de facto spokesperson for the all-girls Skate Kitchen collective, questions the universe after realizing her friend's backpack has been stolen.

“Yo, who steals a backpack from a skatepark anyways?" she grumbles. "Like go steal a briefcase or something.”

Alongside a few detours, the crew scours the Lower East Side for a key into the boys-only world of New York City skateboarding. In a different time, the tracking shots and slow-mo montages through city streets, a portion that makes up much of the episode, would be breathtaking as is. At a time when such settings seem like relics from a different era, the show’s portrayal of summertime in New York is downright intoxicating.

‍Betty is a spin-off of the 2018 film Skate Kitchen, a project itself a spin-off of a popular Instagram account and real life skate crew who populate the casts of both projects. Though all three works encompass different timelines, mediums and forms of storytelling, the Skate Kitchen rabbit hole overlaps and unwinds within itself. Pieced together, the collection of content is a fresh and timely arrangement of skateboarding culture and a brilliant showcase of the city’s vibrant streets.

Both Betty (derogatory slang for a female skater) and Skate Kitchen (subversion of being told to “go back to the kitchen”) build off the stories chronicled through the @theskatekitchen Instagram account and the girls’ own social media. If the HBO series (whose second episode airs Friday, May 8) is your first dip into the Skate Kitchen cinematic universe, it’s worth going down the rabbit hole of source material, all available online, for a deeper understanding of the show, excellent style inspiration and a double shot of NYC pre-quarantine nostalgia.

‍
The trail of breadcrumbs showcases the charisma and everyday struggles of Nina Moran (Kirt), Dede Lovlace (Janay), Rachelle Vinberg (Camille), Kabrina Adams aka Moonbear (Ruby) and other members of the collective. Instagram clips offer short and funny bites into their sessions and shenanigans, longer YouTube vlogs showcase adventures around the city and even a fish-out-of-water trip to Sundance Film Festival for Skate Kitchen’s premiere.

In a past vlog on Moonbear’s channel, the girls struggle to carry a handful of small cardboard packages down the sidewalk. Nina (who plays the headstrong, forward-thinking Kirt) solves the problem by stealing an unattended dolly belonging to a FedEx delivery man.

During a montage midway through Skate Kitchen, Kirt skates down a sidewalk and grabs a similar looking pushcart while a delivery man angrily chases after. The reference is brief but one of the many Easter Eggs hidden in plain sight. In both the show and film, the @theskatekitchen account is a catalyst and landing pad for the group, bringing them together via a virtual skate sesh flyer and pulling them apart through relatable coming-off-age anxieties exacerbated by social media.

The vlogs also showcase the unfiltered confrontations with pedestrians perturbed by the girls ramping down stairs and doing kick flips through walking paths. The videos also capture sometimes uncomfortable confrontations, mostly with older men, concerned for the girls well-being in a "where are you parents"-like tone that is less lobbied at boys their age.

The content beneath the surface of Betty and Skate Kitchen offers anyone the chance to be “in” on a secret storyline, one that has skyrocketed from DIY social fun to success at the highest levels of film and television. The highs and lows of Skate Kitchen's adventures are in the collective's DNA, much like the give and take, try and fail nature of skateboarding itself, all of which sits earnestly online.