The Outfits That Defined 2020 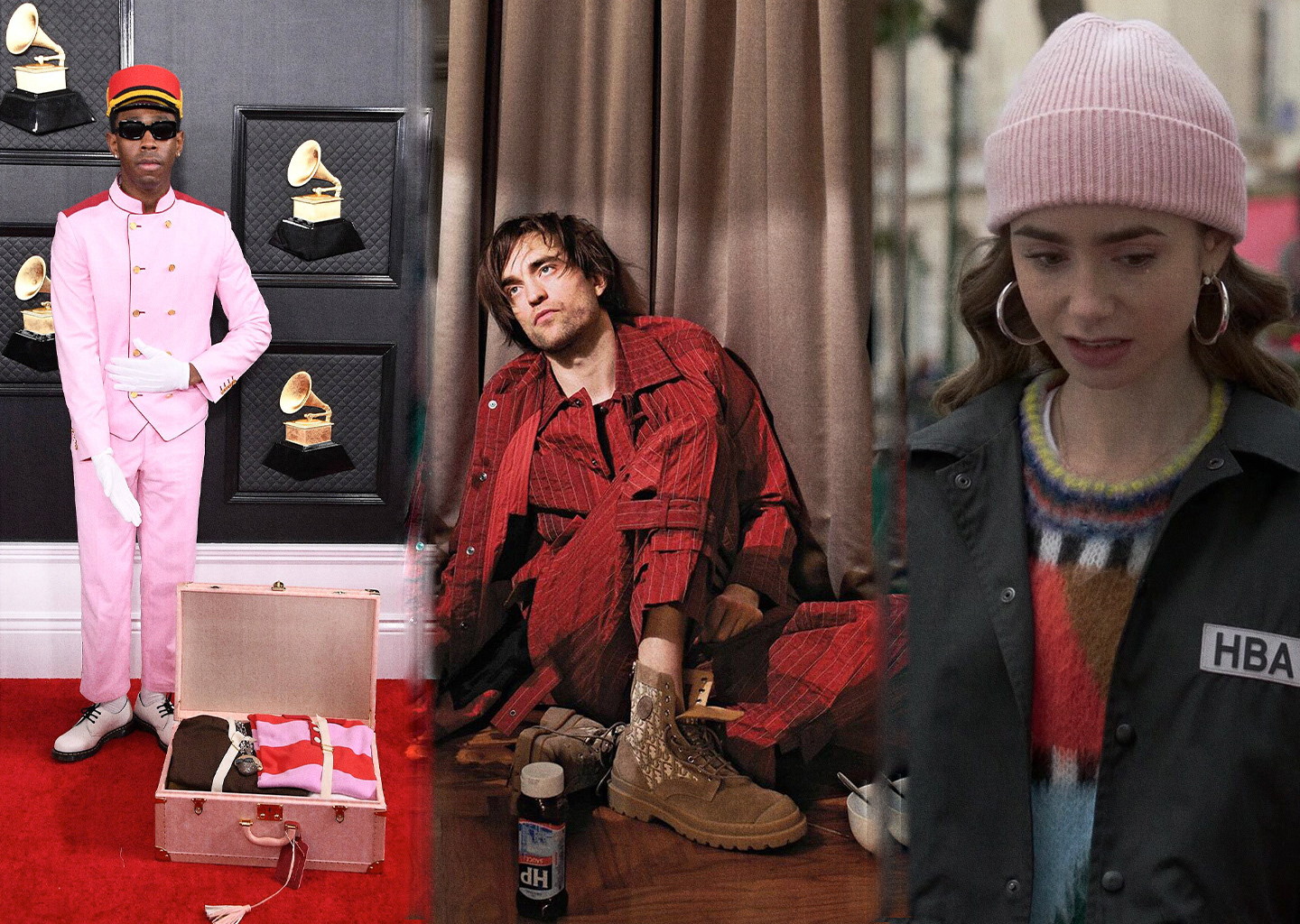 2020 won't be remembered for its fashion but like any complex situation, a lot can be learned by examining a single part, rather than the whole beast all at once. Thinking back on the outfits that defined this year is a bit like thinking back to your favorite flavor of ice cream when you were 6 years-old. Does it matter? Not really. Can looking back make you feel better about how far you've come? Sometimes, yes.

May the outfits of 2020 lead us to new horizons — or at least new places of social gathering — in 2021. We've all made it, so let's have a look back to appreciate that it's *finally* in the past. Here are some of the most memorable from the year that was.

We'll get this one out of the way — it had to be someone. When the anticipated social experiment known as the NBA bubble kicked off, all eyes were back on “tunnel” fits, for better or worse. As much as pro athletes giveth nowadays in the world of fashion, they also taketh away. Danny Green’s attempt at a sincere and philosophical statement  was instantly torched. Like Phillipp Plein’s collection dedicated to Kobe Bryant or David Guetta’s tribute to George Floyd, during times of turmoil an extra dose of thoughtfulness can go a long, long way.

The Forgotten Fit - Tyler, The Creator

Will there ever be a more forgotten period of time than January and February of 2020? Two months almost instantly washed away by time and the magnitude of the ensuing 10 months. The fact that both the Oscars and Grammys occurred in-person this year feels impossible. The menswear look ranked the highest through the short-lived award season circuit was arguable Tyler, The Creator’s Grammy bellhop look. The rapper’s post-streetwear evolution has in many ways been emblematic of (and also a major influence to) the current crop of young menswear labels at-large. While the look may end up lost to fashion’s history book, it’s certainly one worth another look before putting the bow on 2020.

Picking cardigans in a trend report is a bit of a moot point as the garments have rarely ever not been in style throughout history. Still, if cardigans were on the rise within the zeitgeist prior to 2020, this year’s stark pivot to cozycore (and a Taylor Swift song) only supercharged its stock. If one cardigan could be picked from the bunch as the best (or at least most memorable) it would have to be Harry Styles’. TikTok fanatics and high fashion critics praising Jonathan Anderson’s recent work both agreed on this one — something not to be taken for granted *cough* Hedi Slimane *cough*.

The Inexplicable Fit - Emily In Paris

The double-take, Leonardo Decaprio pointing meme.jpg moment of the century for any Hood By Air aficionados. A plot twist to end all plot twists. Seriously, how?

Early quar was a strange period mostly defined by just-getting-through-it energy. The phrase "new normal" quickly became an unbearable slogan but any sense of direction during a time of profound emptiness was valuable. Robert Pattinson's full Craig Green outfit with Dior boots worn in GQ in a state of utter despair felt like one of those moments. Similarly, Phoebe Bridgers' commitment to wearing the same pair of pajamas in press appearance after press appearance after press appearance was an admirable statement-without-being-a-statement.