The Style and Influence of Gordon Parks's 'Shaft' 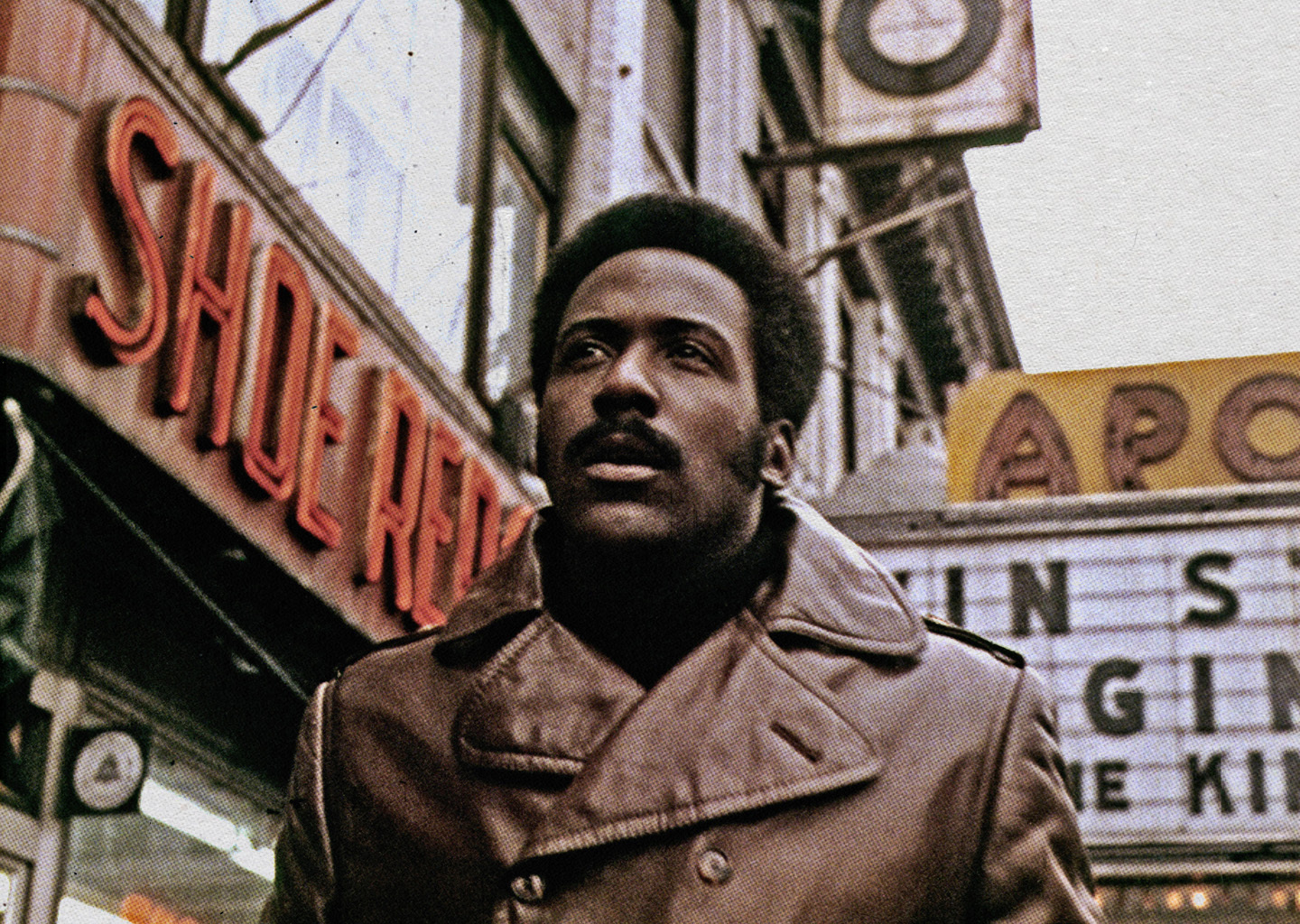 2020 will be defined by two major world events: the coronavirus pandemic, and the wrongful death of George Floyd at the hands of white police officers in Minneapolis. The latter was the catalyst for global protests under the banner Black Lives Matter, an international outcry of such gravitas that it's been compared to the American civil rights movement of the '60s.

Amidst this widespread unrest, 27 million households in June viewed Spike Lee's Da 5 Bloods on Netflix—a film about black people, by black people and scored with black music. It's already tipped for major nods at the Academy Awards next year. But fifty-odd years ago, when America's black communities were left reeling from the assassinations of Malcolm X and Martin Luther King, the film industry could offer little in the way of relatable black stories.

1971 would be a watershed year. As Gil Scott-Heron released protest poem "The Revolution Will Not Be Televised", and Muhammed Ali suffered his first-ever career defeat at Madison Square Garden, a film was released that sparked a movement of black movies unlike anything seen before in the USA.

Against a budget of $500k, Shaft grossed over $12 million upon release, marking the mainstream breakthrough of "blaxploitation" cinema. Designed to make a quick buck for the struggling movie studios, these cheaply produced genre movies broke new ground by offering entertaining stories focusing on the black man's struggle. Now, "the Ghetto kids had a chance to spend their $3 on something they wanted to see," director Gordon Parks told Roger Ebert in 1972, "A black man on the screen that they didn't have to be ashamed of."

The same year, ahead of the release of Super Fly, the Beverly Hills-Hollywood branch of the NAACP would accuse increasingly popular blaxploitation films of “proliferating offenses to the black community in its perpetuation of stereotypical characters often involved in criminal activity.” It’s a central attribute that continues to polarize audiences to this day.

“There’s always been this pushback from some people who find these images troubling, problematic, regressive, and others who see them as empowering or, if nothing else, entertaining,” Todd Boy, a professor at USC’s School of Cinematic Arts, recently told the Los Angeles Times about the ethics of the early blaxploitation boom. But “the images were transformative,” he continues, “because they did have this anti-establishment approach and were in a lot of cases about consciousness and politics.”

This latter point rings true from top to bottom in Shaft. Parks was a self-made black success story. Capturing gritty photos of urban poverty and racial injustice, he would become the first Black staff photographer at Life Magazine in 1948, and the first Black film director to make a major studio film after he directed The Learning Tree in 1969. When MGM sought him out for a film about a police detective in Downtown New York, they knew they'd have a legitimate avenue to capitalize on a nascent black cinema audience.

In return, Parks demoted almost all background white characters to criminals or roles of servitude (with a noticeably white elevator operator offering one such critique on roles black actors were usually limited to). He cast theatre actor Richard Roundtree in the title role, and in doing so, Shaft set a renegade black detective on a mission to save a black woman from the hands of white thugs in the Harlem ghetto; a narrative central to blaxploitation cinema from the offset.

The race card is played front and centre in Shaft, without subtlety. From being passed up by a cabby in favor of a white passenger to being demeaned by a white lieutenant who compares him to a fountain pen, Shaft is knocked relentlessly for the color of his skin. The film is even shot in brown hues. Between the bold, red neon lights of Downtown Manhattan and the yellow New York taxi cabs, there's barely a leather shoe, office desk or bar stool that doesn't evoke a sense of brown-ness. And with garbage-strewn streets and a poverty-riddled Harlem ghetto providing the film's setting, it feels like a black universe that's been run-down to the core.

But it's the way John Shaft navigates this world that gives the people something to get behind. He's charming, brave, attractive and outspoken. He flaunts the same no-bullshit attitude whether he's throwing a goon through a window, or kicking back in his seat as he's being reprimanded for it. He's adored by the women of the film—even the white chick with "the groovy boobs", whom he fobs off the morning after in a most James Bond-ian style. And with his costume of thick 'burns, beige roll-neck and brown, leather trench coat ("Johnny, gorgeous coat!"), he's effectively a superhero—a point driven home in the final scene when he rope-swings through a window to save the day like Tarzan.

These tropes are signposted right from the very first shot of Shaft emerging from the New York Metro, muttering "Up yours!" to a passing motorist as Isaac Hayes' iconic theme rings out. It is perhaps the most enduring asset of the film's entire release - an emphatic funk-and-soul strut that has been referenced by everyone from The Simpsons to Public Enemy and Jay-Z. "Who's the black private dick that's a sex machine to all the chicks?", go the brooding verses. "Shaft!", replies a choir of adoring female backing singers. It went straight to number one on the Billboard Top 100, and the double LP (the first to be released by a black musician) remains the best-selling album of all time on a Stax label.

In the wake of its success, the likes of Herbie Hancock, Roy Ayers and James Brown would all move into blaxploitation cinema scoring. And Curtis Mayfield's Super Fly and Bobby Womack's Across 110th Street would be regarded as career highlights as black musicians found a new platform through which to focus their work. None would quite match the lofty achievements of Hayes' masterwork: in winning the Academy Award for Best Original Song for 'Theme From Shaft', Hayes made history as the first African American to receive a non-acting award at the Oscars, a feat he later dedicated to the black community during a civil rights rally later that year.

Shaft was not the first blaxploitation flick. But unlike Melvin Van Peebles' Sweet Sweetback's Baadasssss Song, a hallucinogenic story of a black pimp on the run after killing two racist cops released a few months earlier, the larger-than-life heroism of John Shaft had crossover appeal. While Sweetback had promoted itself exclusively to black audiences ("Rated X by an all-white jury!"), Shaft would be criticized by the New York Times as 'A Black Movie for White Audiences'. To many, characters like Shaft were a fantasy that demeaned the real-life struggles of the black community. But to others, it was enough to finally see a black man kick whitey's ass on the big-screen.‍

Shaft was, nonetheless, a landmark for black cinema. Without it, nor the 200 blaxploitation movies that followed in the '70s, there would be no Spike Lee, no Jordan Peele, no Blade and no Black Panther. As the first black-fronted film franchise in history (spawning four sequels, including modern entries starring Samuel L. Jackson in 2000 and 2019), it laid down the gauntlet for all black cinema that followed. And through the work of Gordon Parks, Richard Roundtree, Isaac Hayes and detective John Shaft, the black community finally had heroes of their own that could leave a mark on the white-dominated industry that would never be diminished.