The Style Legacy of "Fear and Loathing in Las Vegas" 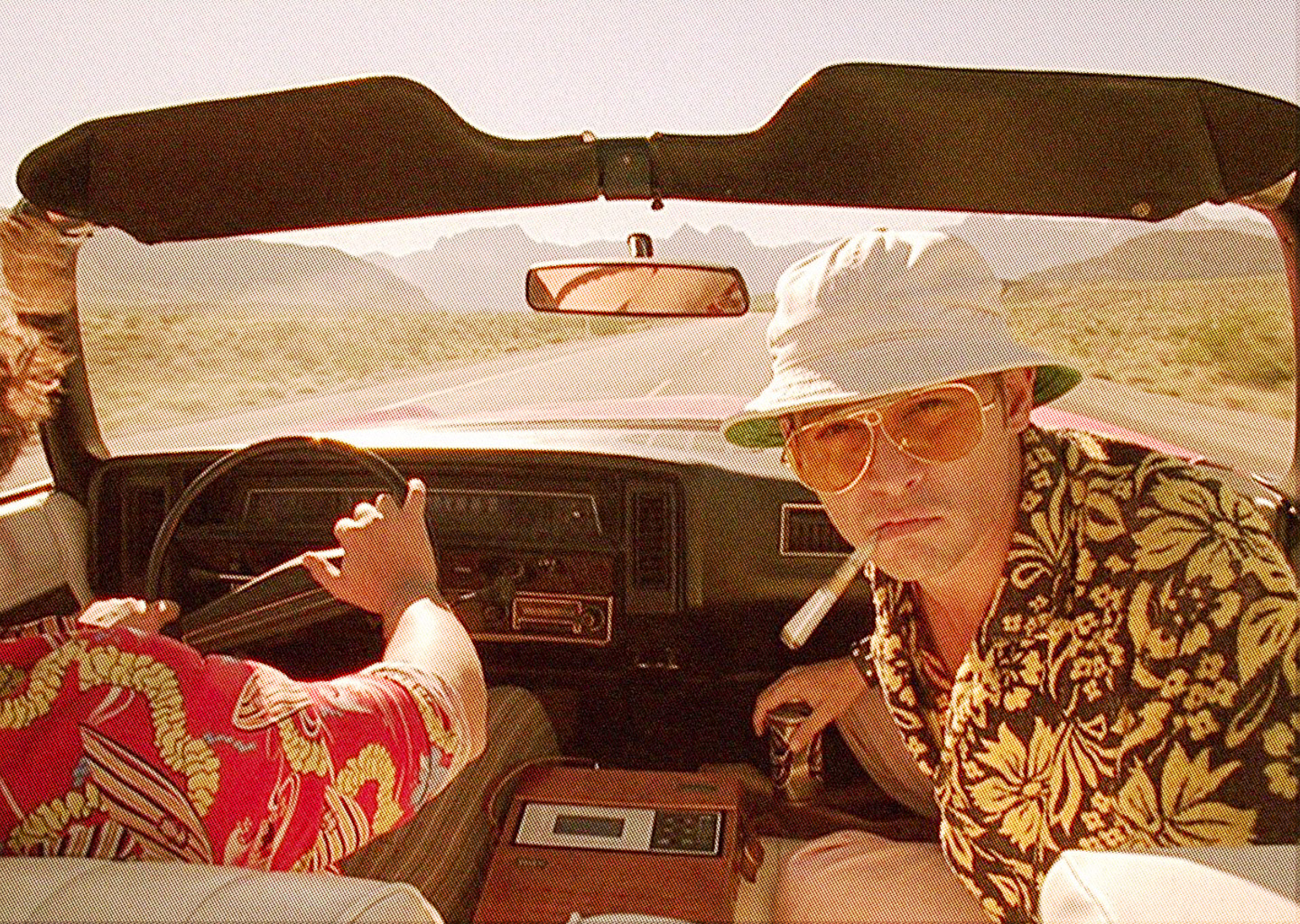 Bumbling through the Mojave Desert on the way to Sin City, Hunter S. Thompson’s introductory monologue to “Fear and Loathing in Las Vegas” immortalized an era of modern journalism and literary nonfiction. As the drugs took hold on the famous writer and his partner-in-crime attorney Oscar Zeta Acosta, a new chapter of American style in the 1970s was also being constructed around Thompson’s work.

Thompson’s status as a celebrity journalist first piqued in 1967 with the release of his debut book “Hell’s Angels”. The work chronicled the adventures of the infamous California motorcycle gang from an insider perspective unexplored by mass media at the time. Thompson’s wayward, and often foolish, penetration of the gang’s social circle offered a unique perspective and reportage that dispelled many of the pearl-clutching myths that had been drummed up about the group whose projection to the country had become larger than life.

In 1970, Thompson returned to his home state where he penned a first-person journey through the Kentucky Derby in a similar style to his breakout novel. The magazine feature would lay the groundwork for much of Thompson’s future pieces mystified through the term “gonzo” to describe his offshoot of the “new journalism” movement which blended traditional reporting with a creative nonfiction writing style.

“Fear and Loathing in Las Vegas” would become Thompson’s stamp on 70s pop culture and a masthead for his gonzo style. The original work was serialized in Rolling Stone magazine and featured illustrations by British artist Ralph Steadman. Steadman’s art would accompany Thompson’s out-there pieces for much of his career, making sense of the hazy, drug-filled drips and flows from the writer’s increasingly sought-after pen.

As his status as a rising celebrity grew with Rolling Stone’s influence on American counterculture, Thompson’s fashion sense often reflected that of his writing. A combination of high and low intrigue pairing classic menswear staples like polo shirts, khaki shorts and his symbolic cigarette holder offset with loud Hawaiian shirts, Chuck Taylor All Stars and a bucket hat or cheap poker visor to boot.

After his skyrocket success in the early 70s, Thompson’s career began to increasingly butt heads with his substance abuse. After failing to submit a story from his trip to the “Rumble In the Jungle” boxing match between George Foreman and Muhammad Ali in 1974, Rolling Stone editor Jann Wenner found it increasingly difficult to keep his star reporter on track.

In 1998, Johnny Depp, who had befriended Thompson years prior, played the famous writer in Hollywood’s adaptation of his seminal “Fear and Loathing in Las Vegas” which followed the journey of fictionalized versions of Thompson and Acosta as Raul Duke and Dr. Gonzo.

Depp’s portrayal of Thompson’s drug-laden adventure further famed the aging writer as a style icon of his time. Notably, the multicolored patchwork jacket worn through much of the film which was based off an Abercrombie jacket, a favorite of Thompson’s in real life. Short shorts and shin-high white socks along with breezy open-chest Cuban shirts and orange tinted glasses pieced together a fashion style that was flashy and casual but also thoughtfully refined and never messy.

In 2005, at the age of 67, Thompson took his own life at his haven ranch in Woody Creek, Colorado. The longtime journeyman had been slowed by an aging body along with what his family reported as an ongoing battle with depression.

“He told me 25 years ago that he would feel real trapped if he didn't know that he could commit suicide at any moment,” Steadman said of his longtime accomplice. “I don't know if that is brave or stupid or what, but it was inevitable.”

Per his wishes, Thompson’s ashes were shot out of cannon in Woody Creek by Depp, the actor whose portrayal of the hallucinogenic drive along Interstate 15 would immortalize the literary pioneer for years to come.