Who Is Craig Green? A Guide to Britain's Breakout Men's Designer 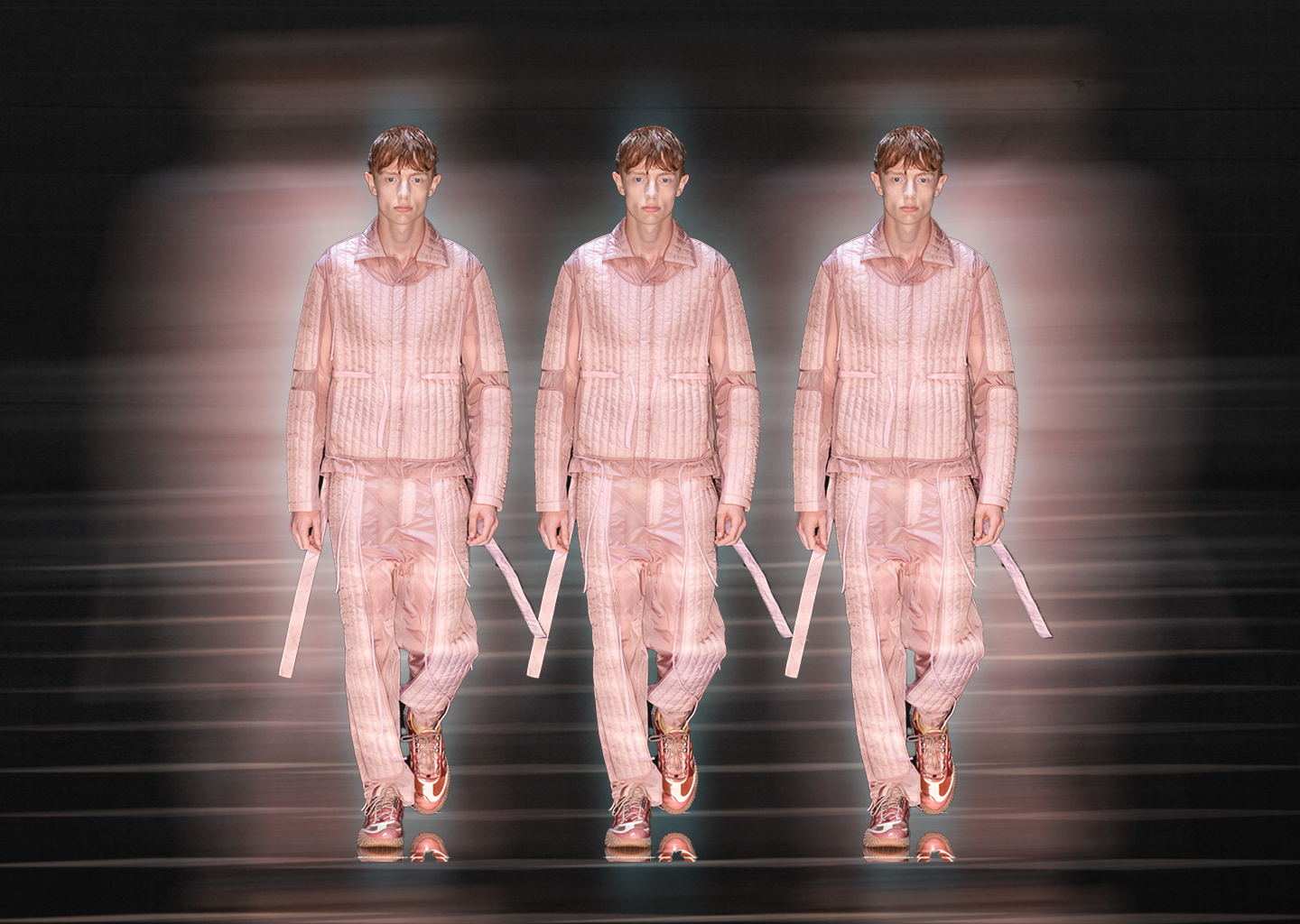 Whether through the recent uptick in “cottagecore” or by way of Harry Styles's patchwork cardigan parading its way through TikTok, it’s likely you have, in some way, experienced one of the many new wave British designers currently influencing menswear.

This month, Craig Green announced his place among the menswear heavyweights with his nomination in the CFDA Fashion Awards for Global Men’s Designer of the Year. The London native joins the lofty company of Virgil Abloh (Louis Vuitton), Dries Van Noten, Jonathan Anderson (Loewe) and Kim Jones (Dior) in competition for the award.

Since his breakout in 2013, Green has been lauded for his inventive and experimental runway experiences while simultaneously crafting careful and wearable workwear ensambles. His inclusion at this year’s “Oscars of fashion” likely won’t be the last time his eponymous brand or the current wave of trendy British workwear catches headlines.

Although Green is a native to the UK’s cultural hub, the designer comes from a family of carpenters and upholsters. While studying for his BA, Green had originally planned to follow a path more in line with his family’s work by becoming a sculptor or painter. After taking a fashion course at Central Saint Martins in London, however, he ditched the slow burn of fine art for the intriguing, fast-moving world of textile design.

Green’s first collection, in partnership with Topman and Fashion East, was his Autumn/Winter 2013 collection. The eye-catching show was highlighted by a handful of looks featuring wooden planks in the place of models’ faces—”you can’t come in here dressed like that, you plank!” read the Daily Mail’s take on the show. While the headlines around the collection focused on the woodworking, the collection’s garments laid the foundation of Green’s strengths: utilitarian outerwear, quilted pieces and military-esque stylings.

After the notable debut, Green’s first solo collection would solidify his status as an up-and-coming talent. A mixture in his appeal towards workwear and religious wear, the collection combined what he described as purposeful garments with imaginative pieces. The blend of earth and spirit would become a central theme to the Craig Green label. For every practical jacket that strode down the runway, a constructed, window pane-like flowing totem would follow—breathing mystery into what would otherwise be a grounded selection.

The quilted pieces of military-inspired workwear would become the economic powerhouse for the brand, creating space for Green’s more imaginative mind-bends.

“That romantic idea of uniforms and how things are becoming more and more mechanised,” Green explained to Dazed about his signature look. “The need for skilled people is less and less so you don’t really see a group of mechanics in mechanic uniforms like how you used to. All of those things you’d use to protect you while you work almost don’t have a use anymore.”

With his brand now firmly established, Green’s combination of craftsmanship and imagination soon became an attractive match for collaborators. In a capsule with Björn Berg, the designer helped create a sportswear line featuring his signature quilted textures alongside a handful of looks featuring his inclination for flowing straps and scrunched face coverings.

Green’s most notable collaboration came soon after in 2016 with the renowned French jacket producer Moncler. Much like the designer’s own debut, the initial capsule of shinny strapped puffer jackets drew jibes from the peanut gallery. Undeterred, the partnership continued where it famously took over the digital fashionsphere when fellow British artist Skepta enthusiastically began sporting the monstrously puffed poodle outfit.

The over-the-top piece would be later complemented by an inflated, anthropomorphic sleeping bag look. The entirety of Green’s collaborations with Moncler have built upon the designer’s fascination with outerwear as a protective unit, a practical layer whose purpose can swing in either direction of Green’s taste; work or imagination.

Green’s recent collections in Spring/Summer 2018 and Spring/Summer 2020 have continued to build upon the designer’s core themes. The ever-present quilted work pieces remain staples for buyer’s sake but where the repetition could induce boredom, the overall presentation from the designer’s runway shows continues to dazzle. Green often explores his original love for sculpting by attaching tedious contraptions to his outfits as well as jangly accessories.

As his status within upper echelons of menswear continues to grow, Green's grasp of practicality and imagination continues to be refined. In the age of runway shows becoming less pivotal, while a desire for viral shock value becomes even more enticing, Green’s work is impressive in its ability to appease both, seemingly opposite, sides of the brain. His collections are grounded, wearable across many different style lines, while also still saving space to push the boundaries and satisfy those with a nostalgia for the heyday of runway experimentation.