Why Does 90s NBA Photography Look So Good? 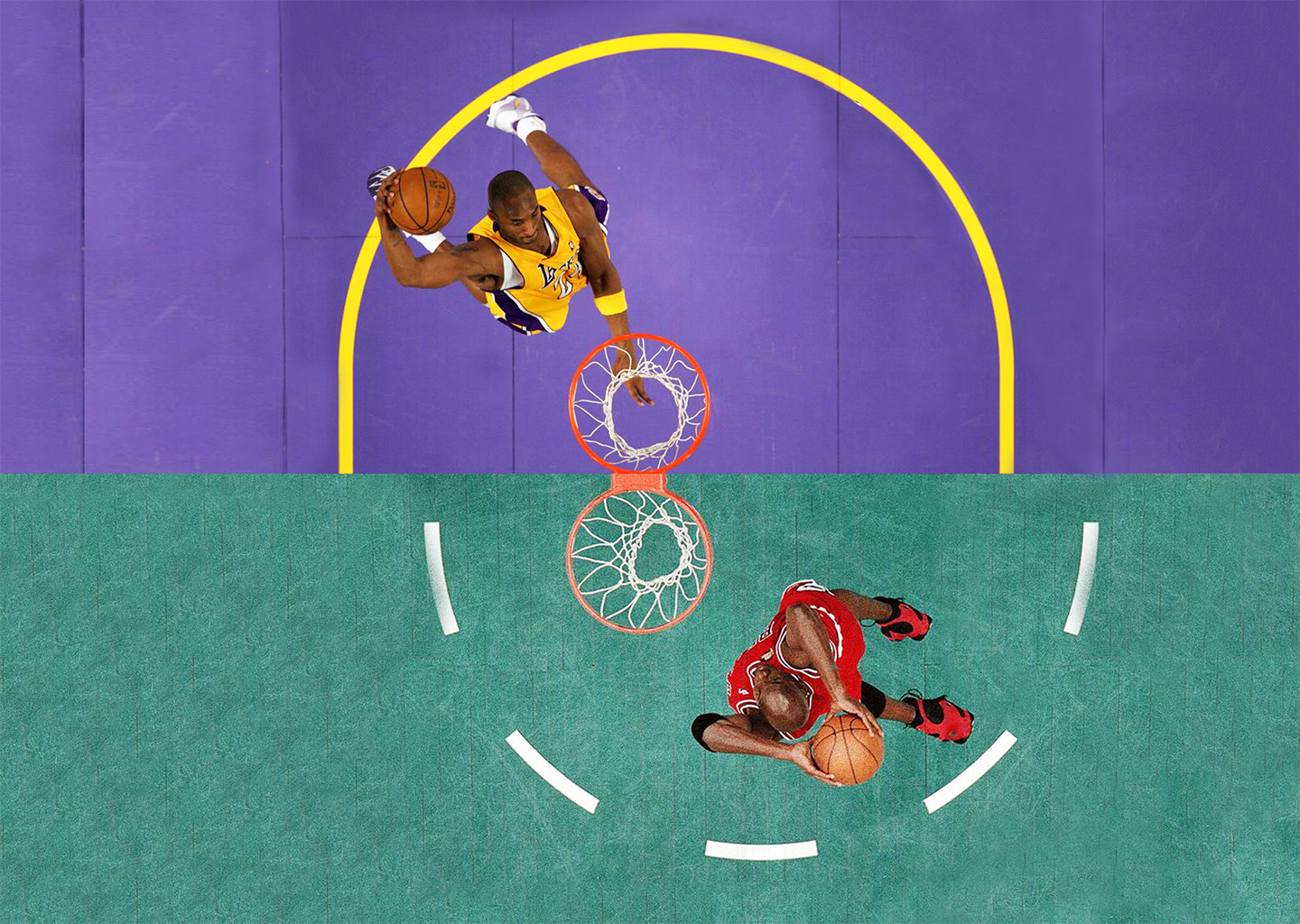 With ESPN and Michael Jordan opening the vaults on “The Last Dance” in recent weeks, social media has been revisiting everything 90s from sports to fashion, pop culture and more. Every Sunday, a wave of nostalgia seems to slowly take over the timeline, with Bulls paraphernalia, low-res video clips and grainy film snapshots replacing their modern counterparts of the content world.

The technological specs of the photography “The Last Dance” has helped unearth aren’t optimized for social media or the conventional wisdom of digital consumption but their celebration has still been profound. Nostalgia has been hitting different during current day-to-day but like any scraggly-haired photographer with a 35mm around their neck in a coffee shop will tell you: film is still pretty cool.

The most iconic angle NBA players are photographed from in the modern game is beneath the basket where a pool of photographers sit cross-legged, cameras pointed upward awaiting the next posterizing dunk or collision with a player overrunning a layup.
‍

One of the earliest recognizable shots of the trend dates back to Rich Clarkson’s photograph of Kareem Abdul-Jabbar in the 1968 NCAA Men’s Basketball Final Four game between UCLA and University of Houston. The snapshot is iconic not just for the player's composition but also the blue haze flooding the court's backdrop. The feature is a unique product of film photography, present throughout many of Jordan’s gravity-defying stills in the 90s. In the case of Clarkson’s shot in 1968, the arena's spotlights are overemphasized by cigarette smoke that filled the Los Angeles Memorial Sports Arena at the time (the game took place 8 years prior to the California Indoor Clean Air Act).

Cigarette smoke wasn’t around to accent or interfere with photographs of many of Jordan's great moments (though if it were up to him, he may have chosen to occasionally puff a cigar on the bench) but the imprint of pit photography under the basket continued to great effect. Film offers a high dynamic range between light and dark features. Nowadays, broadcast-first setups overemphasize on-court lighting leaving the crowd and arena background mostly blacked out. Previously, film was around the capture the full mis-en-scene of the arena, a soft blue spill still present overhead.

The most recognizable feature of film photography is, of course, the grain noise produced by film stock. The texture adds a layer of analog warmth to images, often making close-ups and portraits feel more intimate. While much of 90s basketball and the Jordan-era photography is characterized through upward angles beneath the basket, some of the most revealing photos are off-angle, imperfect snapshots that feel uniquely human thanks to film.

The cost, efficiency and speed of digital has taken precedence over the pro’s of film photography and it’s unlikely the status quo will change any time soon. Digital cameras still produce incredible images when played to its  strengths but as “The Last Dance” has reminded us, there’s never a bad time to rerun the classics.