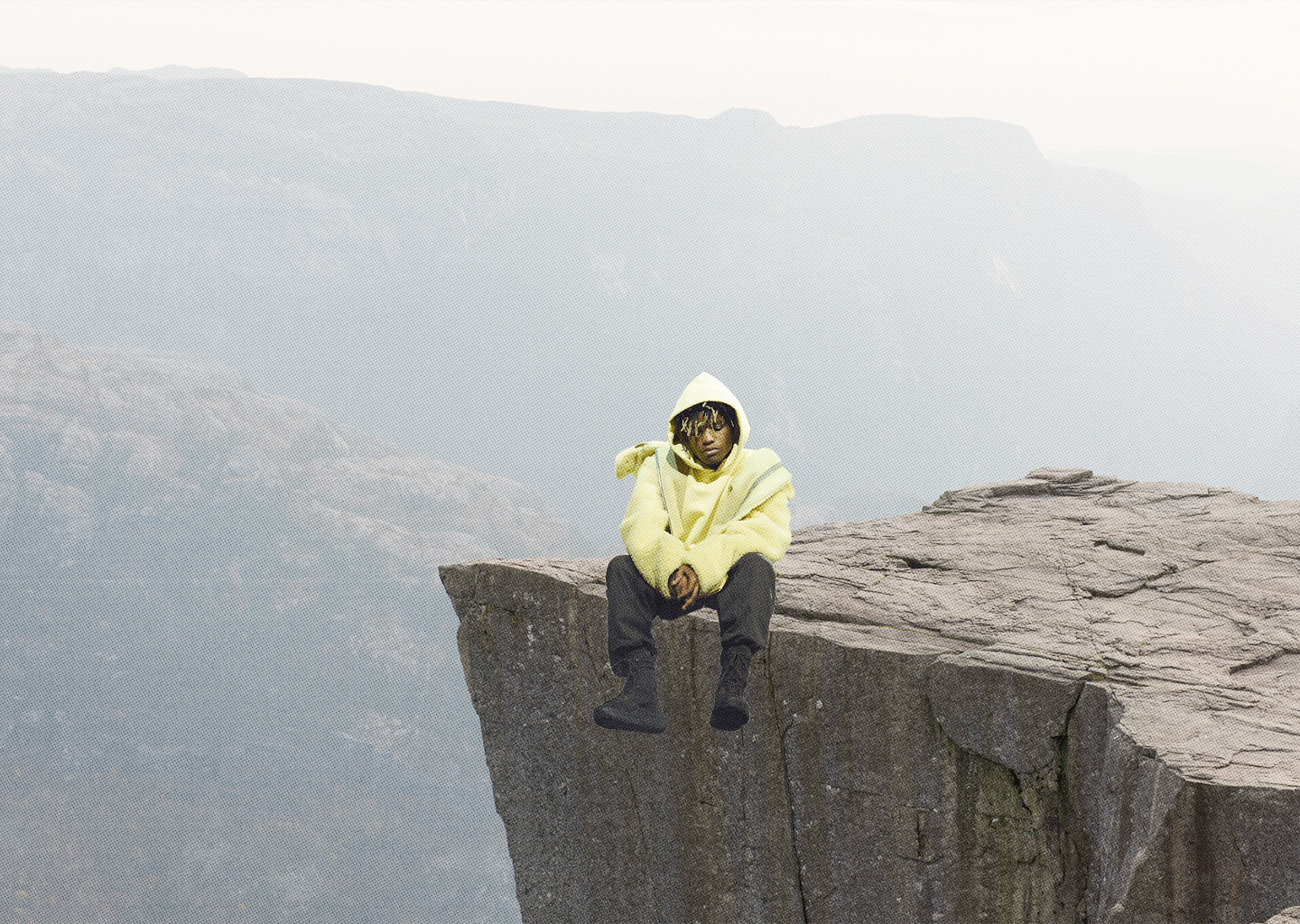 As our real life communities continue to move toward digital spaces en masse, the conundrum of moderation has caused countless headaches within social media, politics, entertainment and now seemingly fashion. The potential breakpoint for the clothing industry’s reckoning? None other than the since-cancelled, notable industry loser and former Kanye/Virgil/Drake associate Ian Connor.

Connor’s rise to prominence during the mid 2010s streetwear boom was characterized by front row fashion appearances and peripheral paparazzi sightings within the hip-hop and high fashion venn diagram — mostly remembered for a photo snapped of him in a yellow jacket + hoodie combo slouched on the edge of a Yeezy Season 3 promenade.

In 2016, Vogue described Connor as Kanye’s newest fashion muse. Shortly thereafter, a growing number of women began to speak out about their personal experiences with Connor, multiple of which described him as a “serial rapist”. By 2018, 21 women in total had accused Connor of sexual assault. In the midst of the turmoil, Connor stuck to a star-studded railroad of endorsements, still regularly praised by the likes of A$AP Rocky and photographed alongside Virgil Abloh. As a solo project step-out, Connor launched his own streetwear brand dubbed “Sicko” later in the year.

The launch was less than exciting news to hear if you were Matthew Holman: the owner of a Nashville-based streetwear brand also named Sicko and also the patent and trademark holder for the newly disputed name. Holman’s brand became a battleground for Connor apologists and attackers alike, many of whom assumed the brand had connections to the accused rapist.

In 2018, Holman’s Sicko, Inc began legal proceedings against Connor in defense of his brand. Along the way, Holman was able to successfully have Connor’s Shopify webstore removed through a copyright claim placed with the e-comm platform. The brand’s legal team then set its sights on the biggest exchange ground for Connor’s still hotly in-demand merch: Grailed.com.

While the fellow NYC-based fashion company has not commented publicly on the Connor situation, users have recently seen Sicko listings removed from the platform. “As a result of an ongoing legal dispute between the ian connor and sicko brands, grailed has removed all listings in the ian connor designer category,” an automated takedown notice reads.

The increased moderation on bootleg or intellectual property gray areas (an area loyal Forecast readers will know is at the foundation of countless streetwear brands like Supreme, Stüssy and others) appears to extend beyond Connor as well. One commenter alleges the site has also removed listings from Asspizza’s recent Supreme triple box logo stunt — a hugely successful drop many thought was approved by the former Lafayette St. brand but now appears to be a bootleg project.

While Connor’s case is both high profile and morally one-sided, bootleg and knock-off merch is omnipresent and arguably close to the core of many resell platforms, eBay, Depop and Grailed alike. Should Sicko’s apparent legal victory against Grailed provide precedent for designers to pursue legal action against e-comm platforms for harboring fakes, the resale world could join a long line of digital companies (Craigslist, Facebook, YouTube, etc.) in having to take more responsibility in moderating the content on their mass media gathering places.

👉 The North Face's early days were pretty sick, as told by Jonathan Franklin