Will Kanye be Louis Vuitton's next creative director? 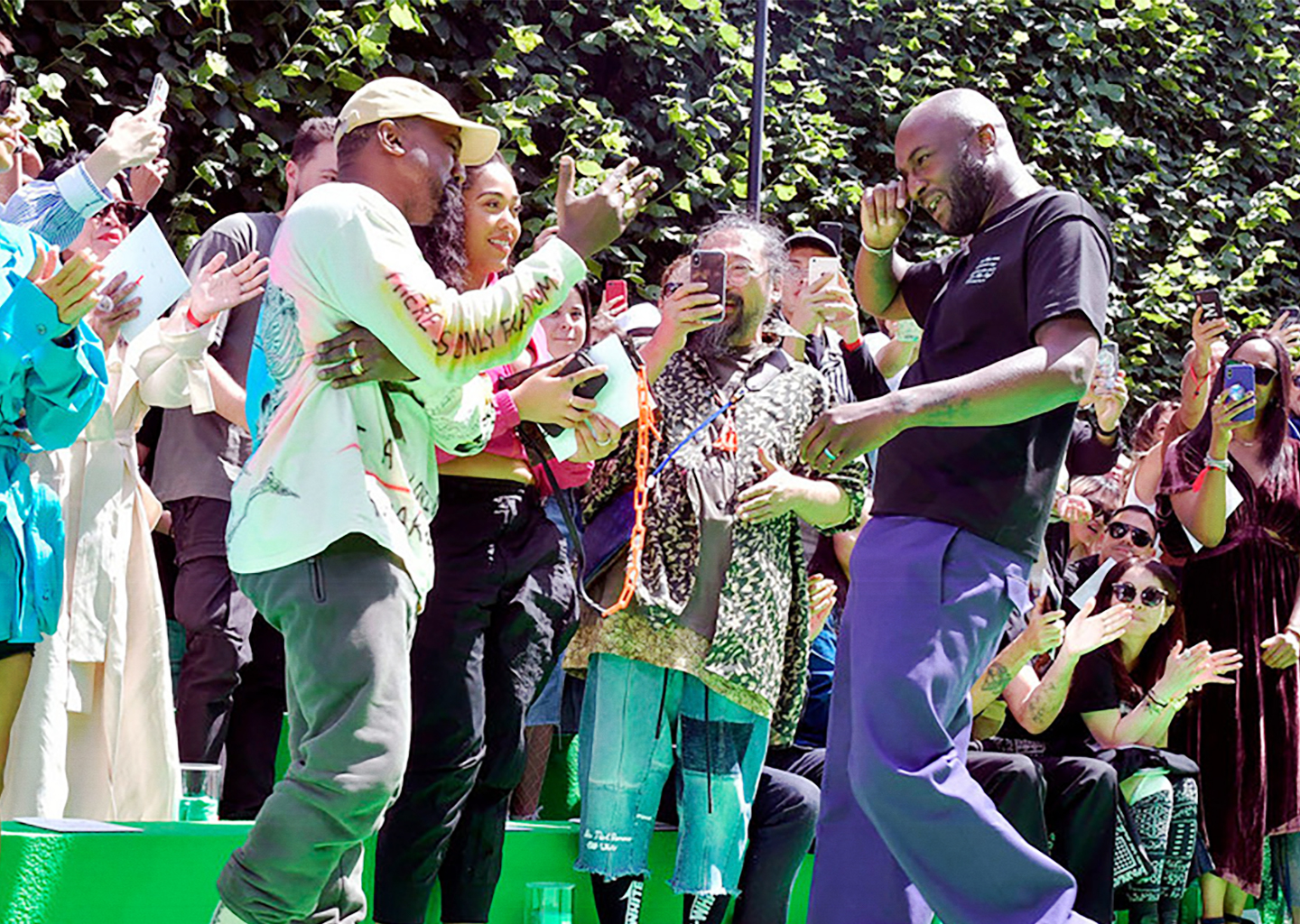 Will Kanye be Louis Vuitton's next creative director?

In the weeks since Virgil Abloh’s passing, the flood of tributes and remembrances published online highlighted just how large a gap will be left behind in the designer’s wake. Not the least of those tragic vacancies is the position of creative director at Louis Vuitton, one of fashion’s largest and most historic luxury houses.

This week, the first fuel to speculation around Virgil's successor at LV has been thrown into public view by the always trustworthy (sic) British tabloid media. On Wednesday, The Sun reported whispers that Kanye West was in pole position to take over as CD, a move allegedly orchestrated by Virgil himself prior to his passing.

Louis Vuitton held a special place in both the hearts of Virgil and Kanye, dating back to the duo’s famous Fendi internship back in 2009. That same year, Kanye was tapped to collaborate on a sneaker with Louis Vuitton — a collection of hugely successful release that laid the groundwork for Kanye’s future path as a sneaker mogul at both Nike and adidas.

Kanye’s romance for LV, along with a dash of jealousy, was laid bare upon Virgil’s appointment as the first Black American creative director at the brand in 2018.

Any competitive ill will was washed away, however, upon Virgil’s famous first runway show for the brand when he paused his post-show walk out for an emotional embrace with his longtime friend.

While speculation around what would be an emotional torch-passing for the role has gained significant traction, many skeptics have pointed to Kanye’s roller coaster list of affairs and current fashion commitments as barriers to him assuming the position. Alongside his contract at Gap, a 10-year affair that finally sprung to life this fall, Kanye has been heavily involved with Balenciaga in recent months, a brand owned by LVMH’s largest competitor, the Kering Group.

Still, Kanye famously had few qualms when it came to jumping ship from Nike to adidas in pursuit of his sometimes quixotic fashion dreams. Pepsi and Coke are the same thing, in fact, as Dave Chappelle famously once declared. The one that tasted the best was the one that paid him most recently.

👉 GQ announces their Biggest Fits of the Year‍