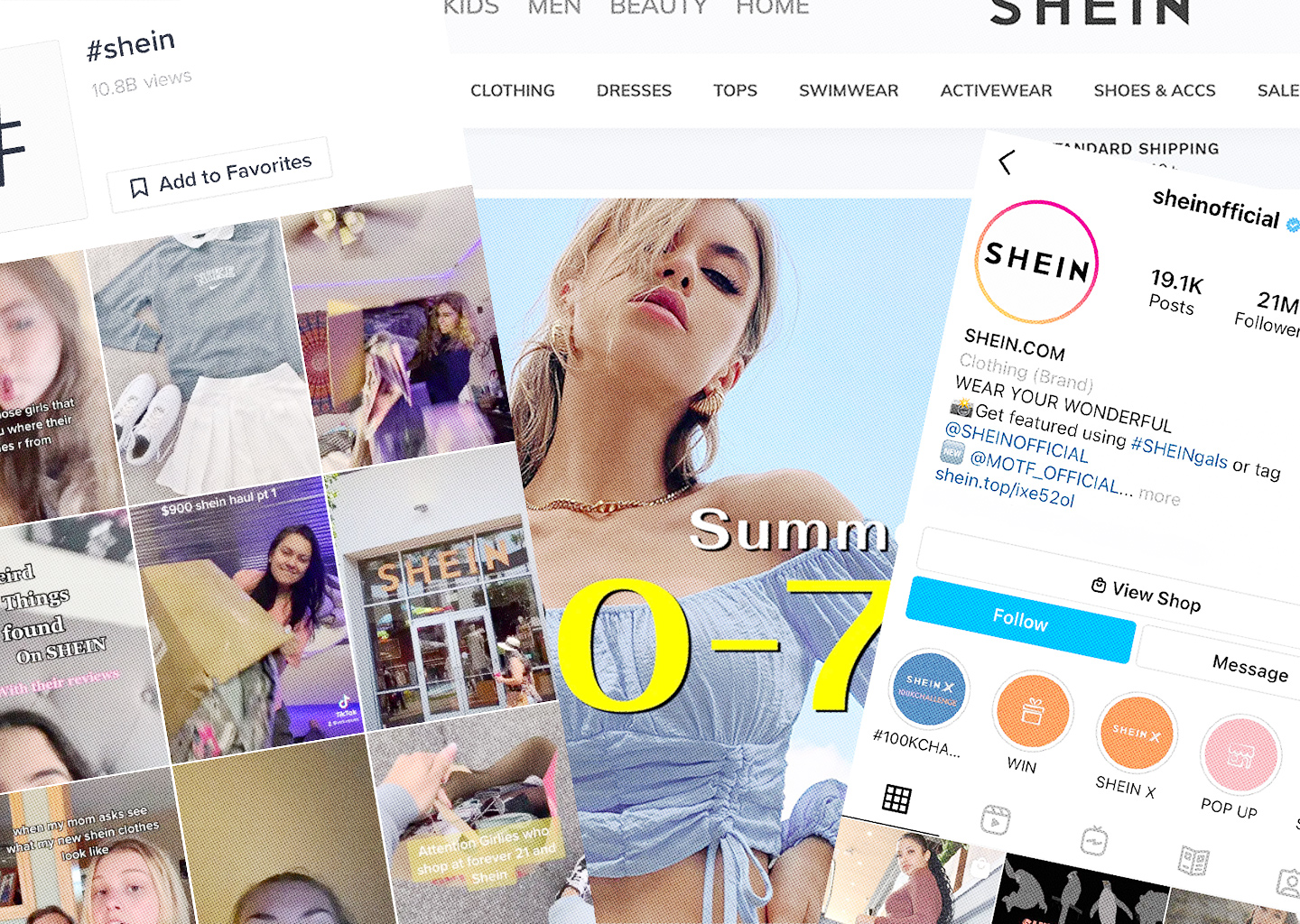 Over the past year, while countless brands, designers and consumers have pondered the next chapter of fashion, it has been impossible to ignore perhaps the biggest winner of post-Covid, Western fashion so far: Shein.

The TikTok-beloved brand has become ubiquitous across social media over the past year, particularly with Gen Z. Although the Chinese-based retailer has been around since 2008, the brand is largely unknown in China and has focused its efforts in international retail (with the US currently its largest market). While occasionally surfacing through temporary pop up shops, Shein has existed exclusively online, forgoing any spend on physical store locations, a factor allowing it to fully capitalize on fashion’s full Covid pivot to e-commerce.

Alongside high-profile sponsorships, Shein’s omnipresence on social media has mostly been born out of “haul” videos on Tiktok — a genre of fashion lifehacks to show how many clothes can be bought at eye-popingly low prices.

Shein’s ability to out fast-fashion even the major fast fashion brands like Zara seems to lie within a unique set of factors afforded through its place in the Chinese economy. For a sales strategy, Shein looks to constantly flood the market with styles (sometimes 1,000 per day) initially at low production volumes. Where a brand like Zara will order somewhere between 300-400 units of a style from its factory, Shein will draft, design and have a barebones 100 pieces made at lightning speed through its network of small to mid-sized garment factories that can take on smaller minimums. Once a product starts to go viral, only then will the brand ramp up production to fully capitalize on the sizable, and conveniently fleeting, demand.

Ethically speaking, Shein has more or less remained air-tight when it comes to a look behind the curtain into the brand’s labor and environmental practices. If the long-running list of grievances against companies like H&M and Zara can be used as a fast fashion barometer, however, it seems like a pipe dream that Shein is operating without fault. Still the company has yet to be dealt a “cancelation”-like blow of bad press.

Whether or not such a development would irreparably damage its relationship to a generation of consumers often characterized by their moral purchasing is far from a clear cut debate. Socially speaking, Shein seems to operate as a sort of fashion don’t-ask-don’t-tell and the type of byproduct that surly cannot be disassociated from the low wages and rising living costs that essentially price out a growing number of Americans from making “ethical” fashion purchases.

👉 Balenciaga has successfully made $1,090 Asics runners